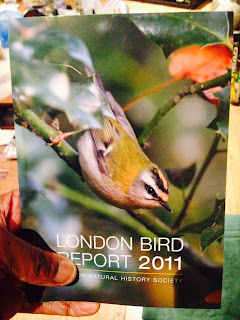 The 2011 London Bird Report
The latest LBR, as it is affectionately known, plopped onto my doormat last week. Being a London-based birder I am naturally very interested in learning about the avian occurrences in my home city. I have avidly studied the pages of the successive editions of the LBR for more years than I care to admit. Plus, during those years I managed to acquire even older LBR issues spanning back decades that documented breeding Red-backed Shrikes and floods of Black Redstarts.

One of the great things about the LBR is that it has finally caught up with the times. By that I mean that it is now only a couple of years behind - totally acceptable - compared to the hopelessly delayed production schedule of old. But even then, as it is now, the editorial content was superb. I'm pleased to say that in the 2011 edition, more than any other, were great images of common birds as well as a few of the rarities thrown in. In the past there was a over emphasis on the rare and exotic so it's really good to see that an effort has been made to attract ordinary birders to its pages.

The 2011 edition more or less follows the usual running order that this publication has historically followed: a list of the rarities committee and recorders, a breakdown of the recording area, a brief review of the year, a list of the contributors followed by the systematic list of the birds found in London during the year. This is the meat of the report. Usually, there is a sponsored colour plate section in the centre of the book. This year the images are sprinkled throughout the accounts. A much more pleasing arrangement if you ask me. My only gripe being that some the species images were often placed alongside the text of an unrelated species. I can't fault the editorial compilations and I have to compliment the editorial team for the obvious hard work that has gone into producing the species accounts.

Following the species listings are the appendices covering escapes, hybrids and non-proven records. They are in turn followed by a series of papers largely on the birds of individual sites as well as the results of ringing records and WeBS counts (the British Trust for Ornithology's Wetland Bird Survey). The LBR is one of the best annual bird reports in the land and is a great testament to the number of birds to be found in and around the capital. Proof that urban birding can be very rewarding, even in the heart of Britain's biggest city.

The London Bird Report is published by the London Natural History Society http://www.lnhs.org.uk/ priced at £8.00
Posted by The Urban Birder at 14:40 No comments: 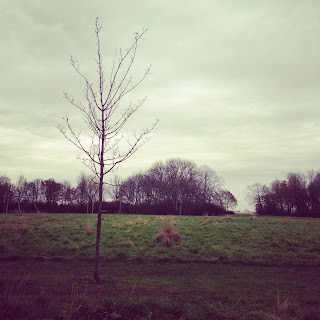 The Scrubs: A view looking east from Braybrook Street
The last embers of 2013 are flickering, drawing to conclusion a year of contrasts for my beloved local patch, Wormwood Scrubs.

We have thus far had the joint best year for the most amount of species seen on and over the site - 98. All year we have been aiming for the magical 100 but it seems that we have a glass ceiling. Our efforts have been blighted by a fairly poor autumn despite finding a mega in the shape of a juvenile Common Rosefinch, London's first twitchable example for some three years. Add to that the disappearance of two of our best Scrubbers; one claimed by New Zealand and the other had a baby and emigrated to Suffolk. We are about to loose another to Sweden in January. Our team of birders is about to be severely depleted. We have had birders leave before in previous years and like when Eric Cantona left Manchester United, we still went on to find great birds and good year totals.

Perhaps the biggest threat to the fragile tranquility at The Scrubs has been the announcement this year that the area has come to the notice of a host of entities keen to turn the land immediately to the north  into a cityscape that according to the blurb, will resemble Manhattan meeting Canary Wharf. There will be of course, serious implications for The Scrubs and once they start the building things will never be the same again.

I went out today in the vain hope of seeing two more species to add to the site list. I failed miserably. Found a corking and shy male Bullfinch that did its best to hide behind a branch the whole time it was in the open. They are now a bit of a rarity here with only a handful of sightings per year. 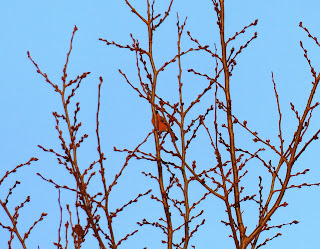 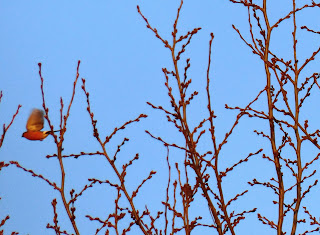 The only clean shot that I obtained
I also found record numbers of Reed Buntings near the embankment area. I counted at least 10 birds. Our previous best was around six birds. 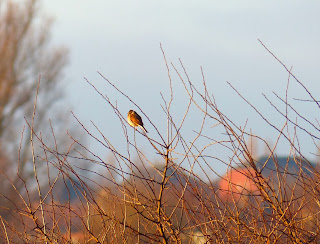 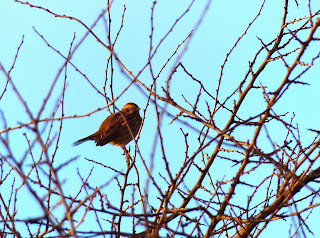 Female Reed Bunting
In desperation I examined the sparrow roost at dawn in the hope of discovering a Tree Sparrow - a national scarcity - that has yet to be recorded at The Scrubs although, I was pretty ceratin that I had one fly over one October several years ago. I counted 50 House Sparrows, which is around half of what I would have normally expected. However, amongst them was a weirdly plumaged female. 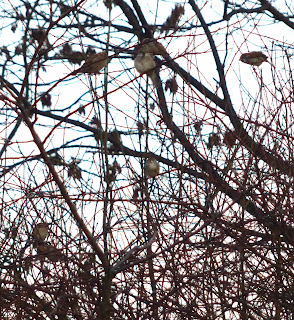 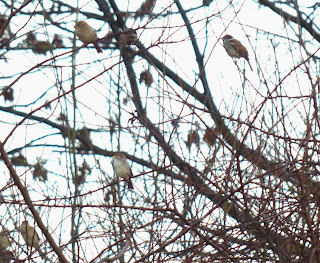 Side profile
It looks like the last couple days of the year are going to be rain filled which will kill off any further opportunities for me to hunt down any new species. Looks like I'm going to have to give up my quest for 100 this year, but given my impending schedule for next year and the general lack of Scrubbers, I have a feeling that we have reached the upper limit of the birds to be expected at The Scrubs. 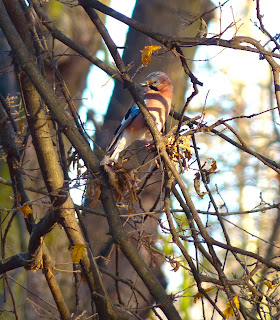 Jay
What a gorgeous day this morning was. Indeed, the afternoon was pretty good too. Blue skies, a touch nippy it had to be said. Today was the day that I led a Urban Birding Masterclass sponsored by Leica Mayfair Store. They gave the participants a lush pair of Ultravids to use for the duration of the session. 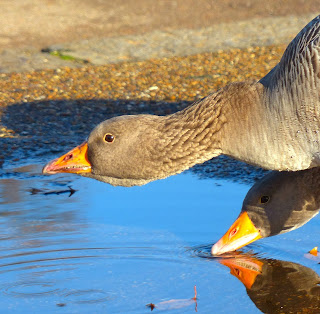 Greylag Geese
The group and I scored the usual suspects like Mistle Thrush, Blue, Coal and Great Tits plus Long-tailed Tit. The best find was a lovely Nuthatch that stood out in the open preening. 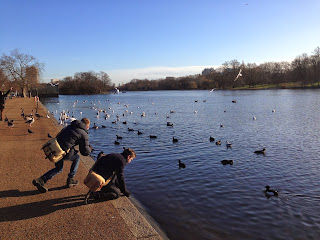 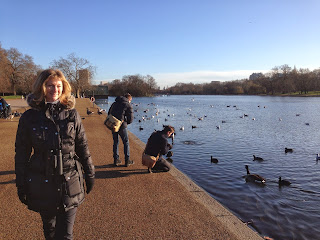 Birding by the water's edge Crowd shot
Posted by The Urban Birder at 14:34 1 comment:

The birding wonders of Serbia

Another great Serbian Long-eared winter trip over. My group were well happy with over 800 Long-eared Owls plus an array of other birds that included Barn and Little Owls, Hen and Marsh Harriers, Common Buzzards, Merlin, Kestrels, Caspian Gulls, Spoonbills, 3 Red-breasted Geese and c12,000 White-fronted Geese. 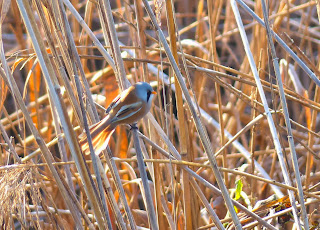 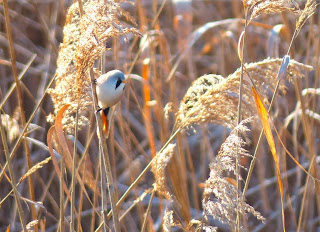 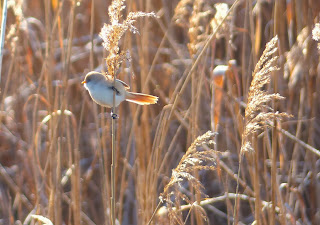 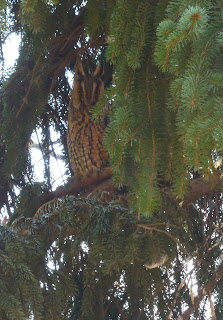 One of the hundreds of Long-eared Owls 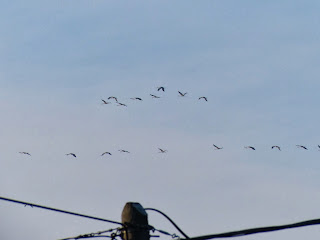 2nd winter Kittiwake (1st on the left) - a self found national rarity!
But it was the owls that everyone came to see. I've seen it several times now and I'm still blown away everytime. 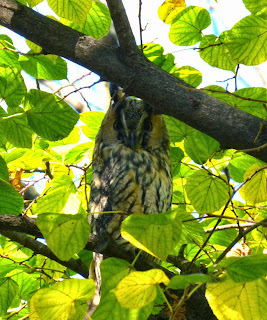 I'm back in Serbia again for another Long-eared Weekender. Whenever I tell people that you can see hundreds of Long-eared Owls very easily I am usually met with by wonderment. But there are people out there that simply just can't believe that that many owls can be seen. Well my message to you doubters is to get your backside on a plane and come to witness this amazing urban phenomenon at first hand. 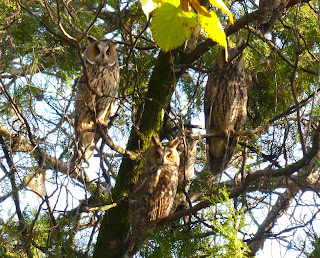 In just one day my group and I recorded around 500 birds the vast majority of which were in the town square at Kikinda near the Romanian border. 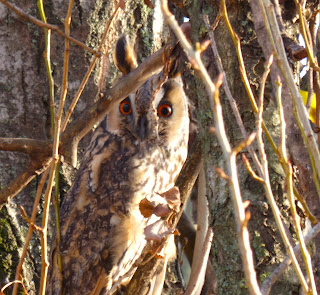 These birds are so easy to see. Some are skittish with the birds in the actual square being the most complacent. 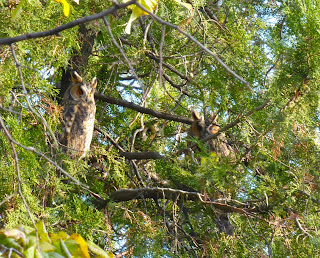 For every one owl that you find there are another six that you just haven't picked up. 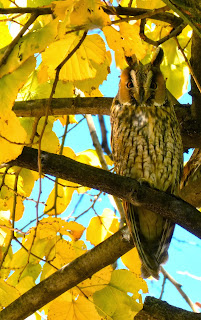 I can never grow tired looking at these majestic birds 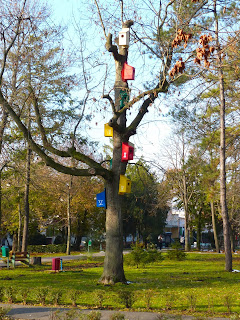 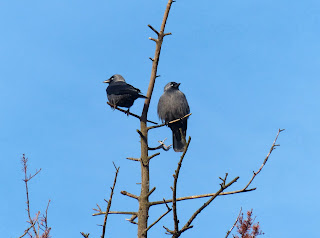 A pair of eastern race Jackdaw 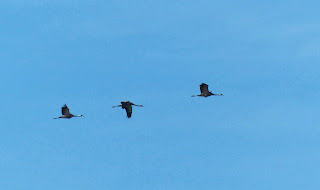 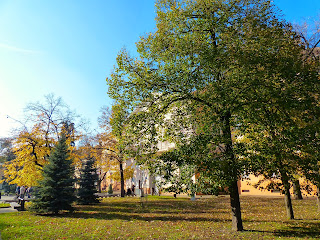 Kikinda town square
Posted by The Urban Birder at 15:35 No comments: