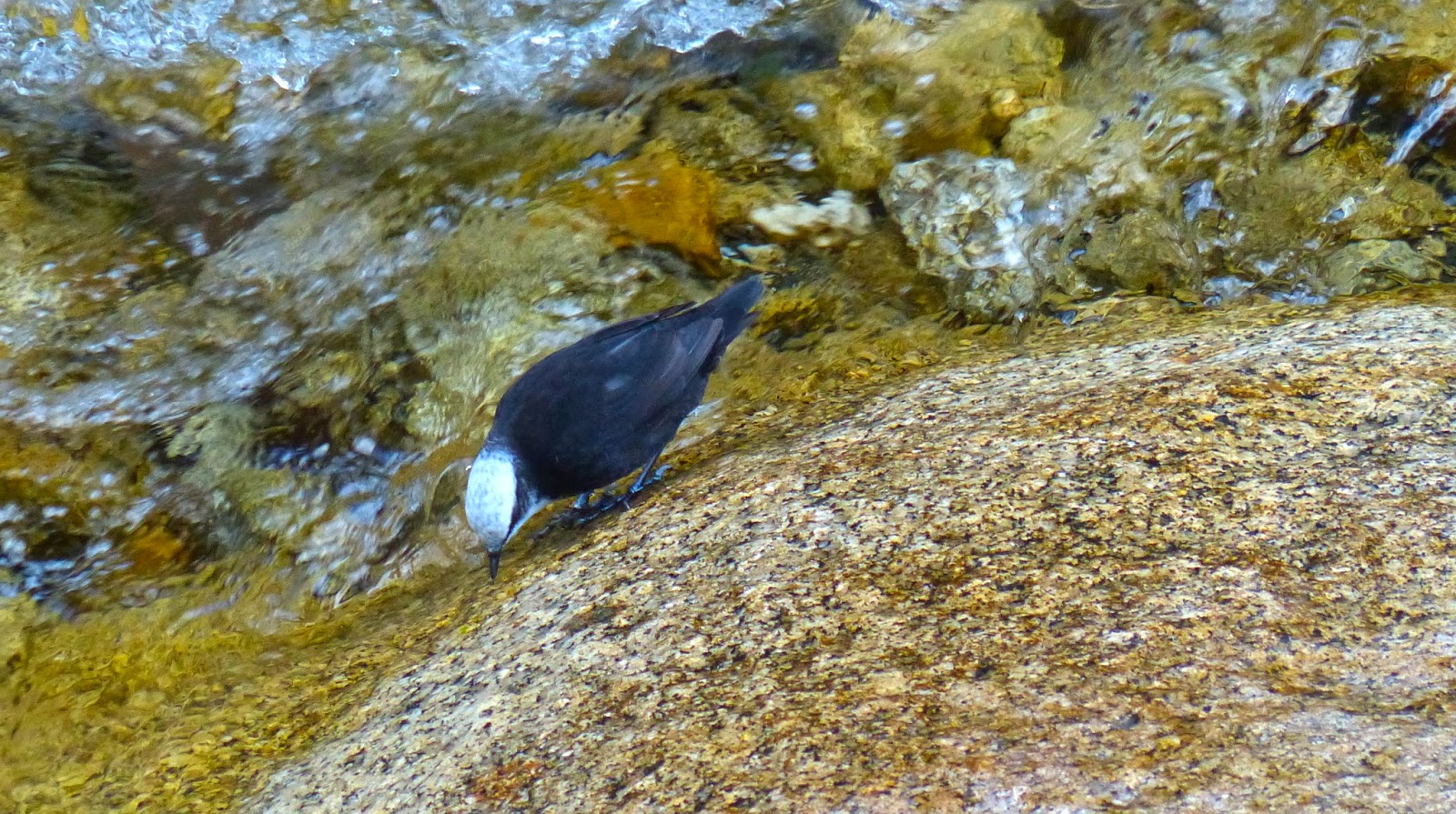 An adult I found in the river at Agua Calientes, near Machu Picchu, Peru 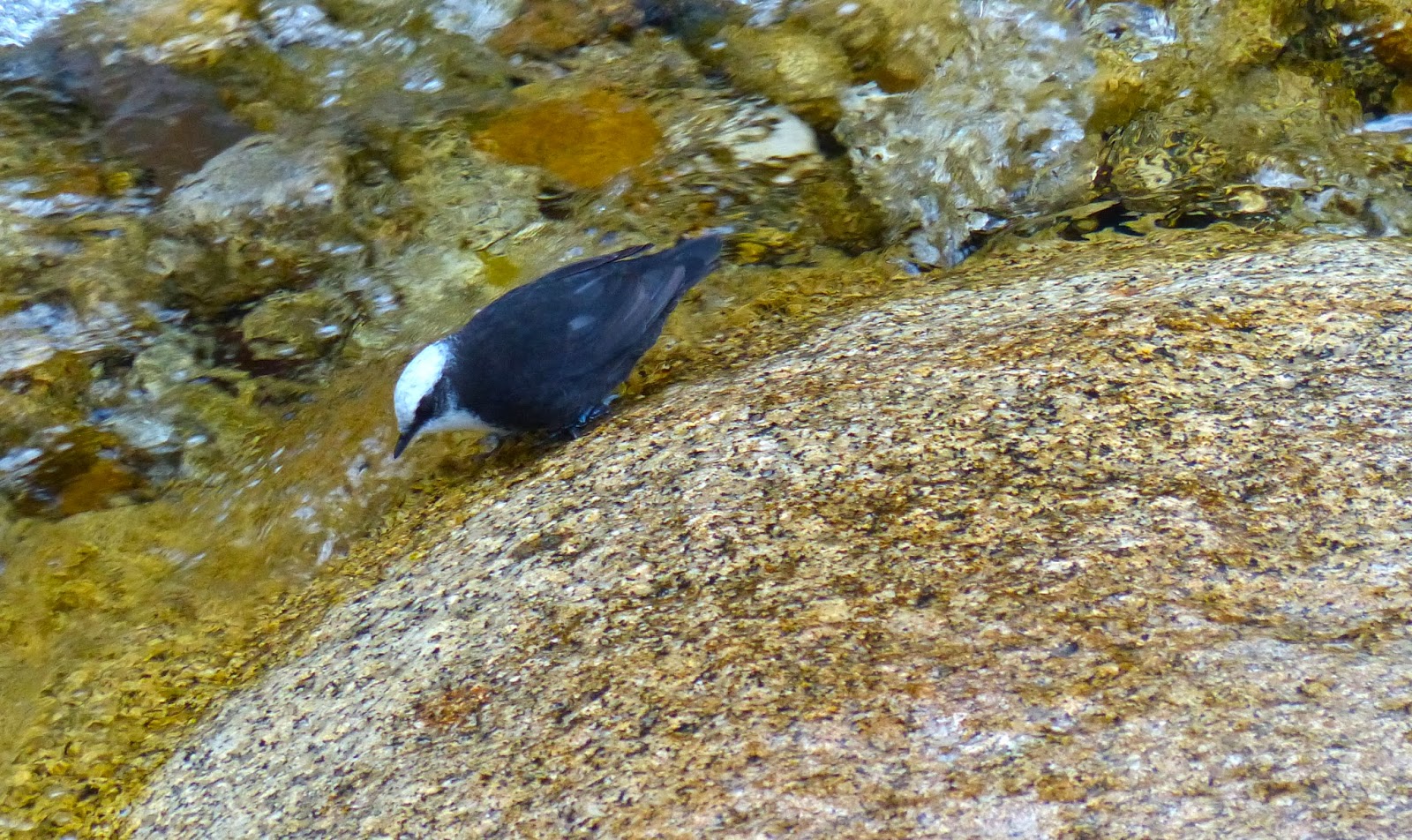 I was going through my photographs the other day and found a whole slew of photos from my recent trip to Peru in August last year that was facilitated by Crees Foundation http://www.crees-manu.org/. As I was in the Andes I was on constant look out for two rapid water specialists; the Torrent Duck and the White-capped Dipper. Both birds were high on my list. The Torrent Duck because I had seen paintings of them since I was a kid and they were intriguing.

The dipper on the other hand I never really knew about until I started scanning through the Peruvian fieldguide. Dippers are truly enigmatic. A Wren shaped thrush-like bird that nests by rivers and walks along riverbeds to seek its food. That's some crazy bird!

I love watching Dippers in the UK and in Europe I find them so fascinating. I remember watching one really close up at a concrete weir in Extremadura, Spain. I was so close that I could really see its white eyelids as it blinked, unconcerned by me. Seeing the White-capped Dipper in a raging river in the middle of a touristy town was a big surprise. It was just like the dipper that I was used to back home, only with a slightly slimmer build and of course, a different plumage.

There are just five species in the world with seemingly single species representation in Europe, Asia, North America and South America. I've now had the pleasure of seeing three of them. I guess I'll have to make it a mission to see the other two!

Dippers of the world

Posted by The Urban Birder at 16:05 No comments: 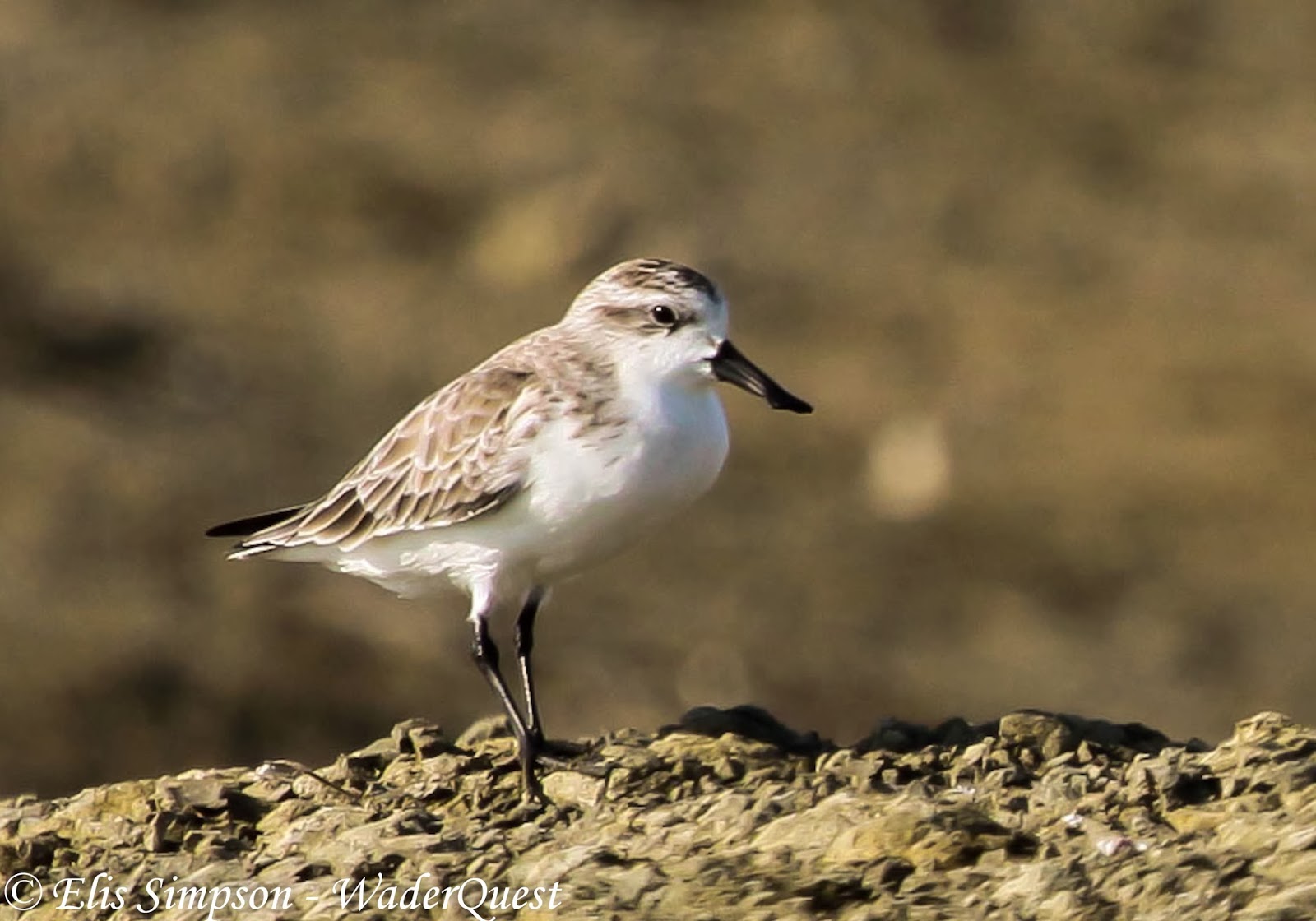 
David Lindo and I go back a long way, all the way back to page 122 paragraph 2  in his entertaining book The Urban Birder where I am lovingly referred to as “… a birder in Cley…”. David and I have maintained a strong, albeit sometimes distant, bond since that day. It was David who gave me my first gig as a bird guide when he set up Capital Birding Tours many moons ago giving me a good grounding for my later bird guiding escapades in Brazil and it was he, while working at the BTO, who commissioned my first published artwork for the cover of a BTO publication. In truth I see more of David on telly than I do in person these days but this has not diminished our friendship one jot.

David and I often talk and run ideas past each other, most of his come to fruition and are successful, most of mine… not so much, nevertheless, David always listens and advises with friendly interest. When Elis and I had the idea for Wader Quest David’s reaction was ‘Go for it!” and that was all the encouragement we needed. Turning a decent deposit for a house into a year of travelling to raise funds for, and raise awareness about, the urgent need for wader conservation was a big step, but greatly encouraged by friends,  family and of course David, we embarked on our ambitious project. 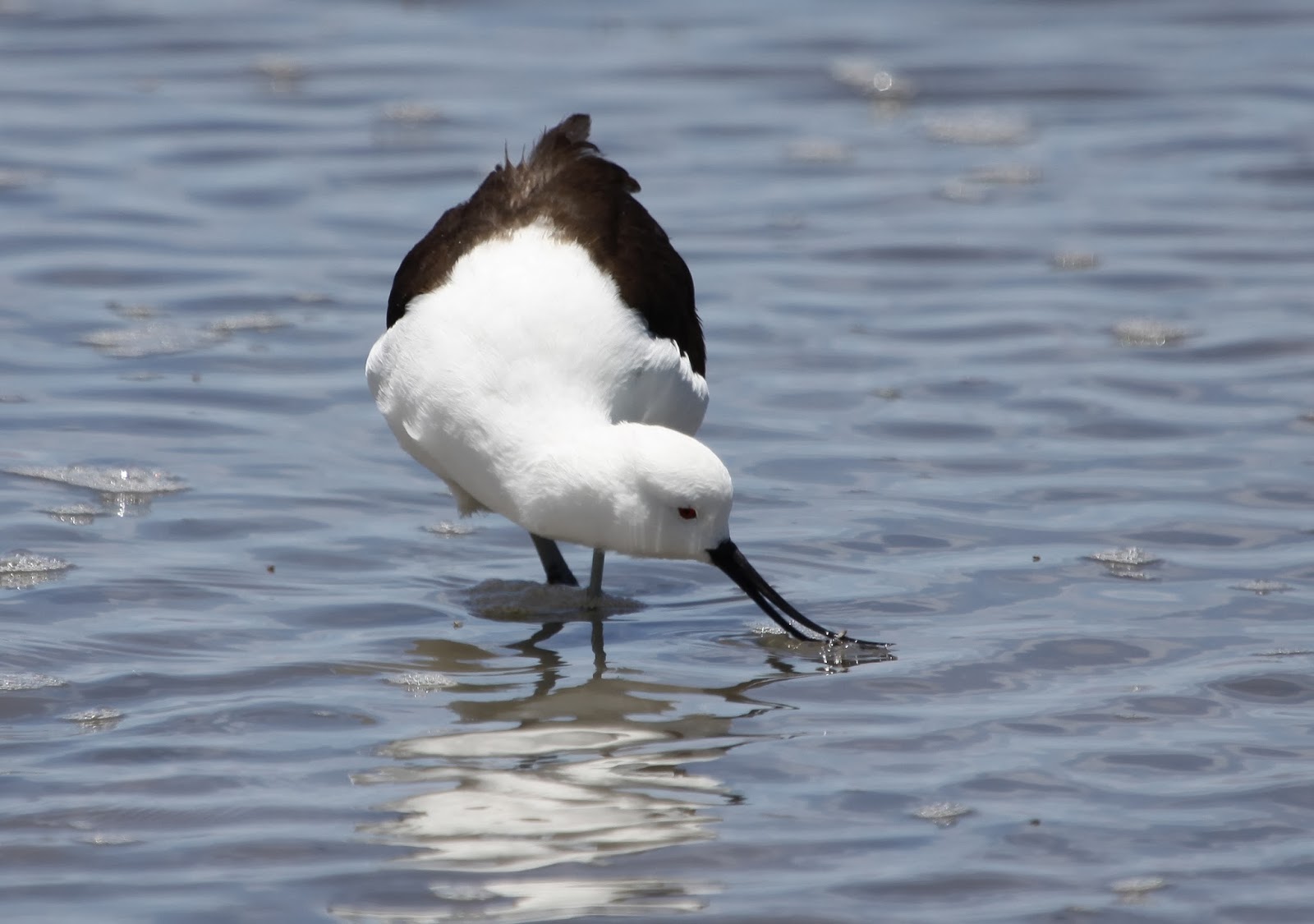 
Elis and I had been working for five years in a voluntary capacity with children and schools in Brazil promoting conservation and preservation of the surrounding forests and I was doing some guiding.  In 2012 we returned to the UK and found that our desire to be making a difference was now well and truly rooted in us.

Initially we planned to raise funds for the Wildfowl and Wetlands Trust Spoon-billed Sandpiper captive breeding programme, but as we learned more, travelled further and encountered other desperate stories we felt that we should perhaps spread our wings a little. In August this year we took up the cause of the Hooded Plovers in Australia. BirdLife Australia (BLAus) lost its government funding so Wader Quest started to raise funds to donate to them to help them to continue the excellent work they have been doing with superb and very encouraging results; we continue to do so now. 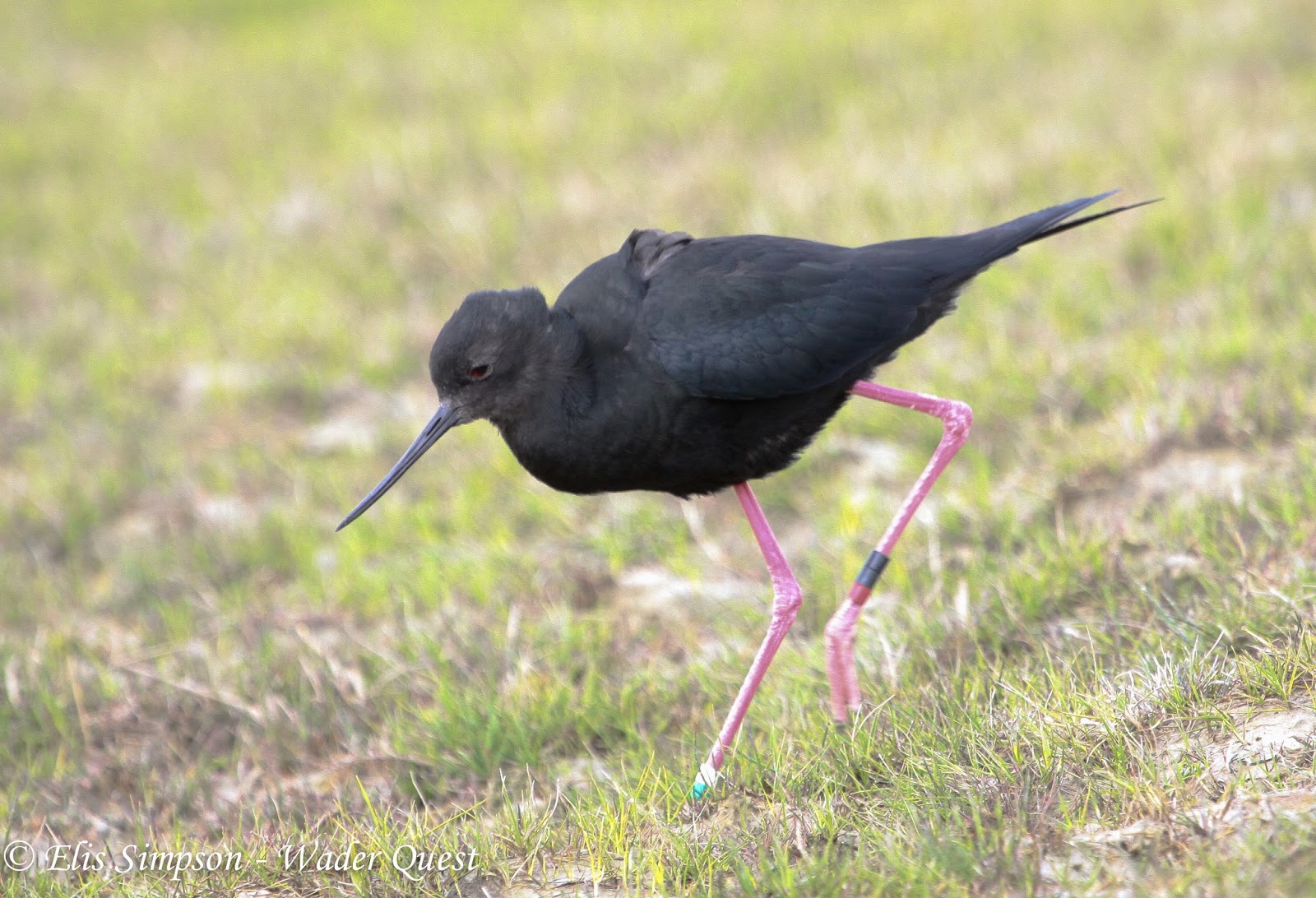 
We have travelled on the six inhabited continents since starting on November 1st 2012. We started in the UK with a trip to Titchwell, and it was that journey on the very first day, that made us already begin to think about the future direction of Wader Quest. We travelled up to Titchwell by car from Northampton, crossing ‘Fenland’ on the way. We had, reasonably we thought, expected that our first wader species would be Northern Lapwing, indeed we left after daybreak in order to maximise the chances of seeing this bird during the journey, but we didn’t. We arrived at Titchwell with a list of zero. Thirty years ago this would have been unthinkable. The decline in Britain’s most common wader by 50% in those thirty years was a stark reminder to us that wader conservation isn’t just about cute little birds with funny bills in the far flung corners of Asia, it’s also about here and now in the UK and every continent on earth. Waders of all kinds, from a variety of habitats from Steppes to the intertidal zones are facing greater and greater pressure put upon them by the demands of mankind.

During our travels to date we have seen 165 species of wader and not just the classic sandpipers and plovers, but obscure things like seedsnipe, coursers and jacanas that hardly look like waders at all. Among these birds there have obviously been some favourites and some real stars. 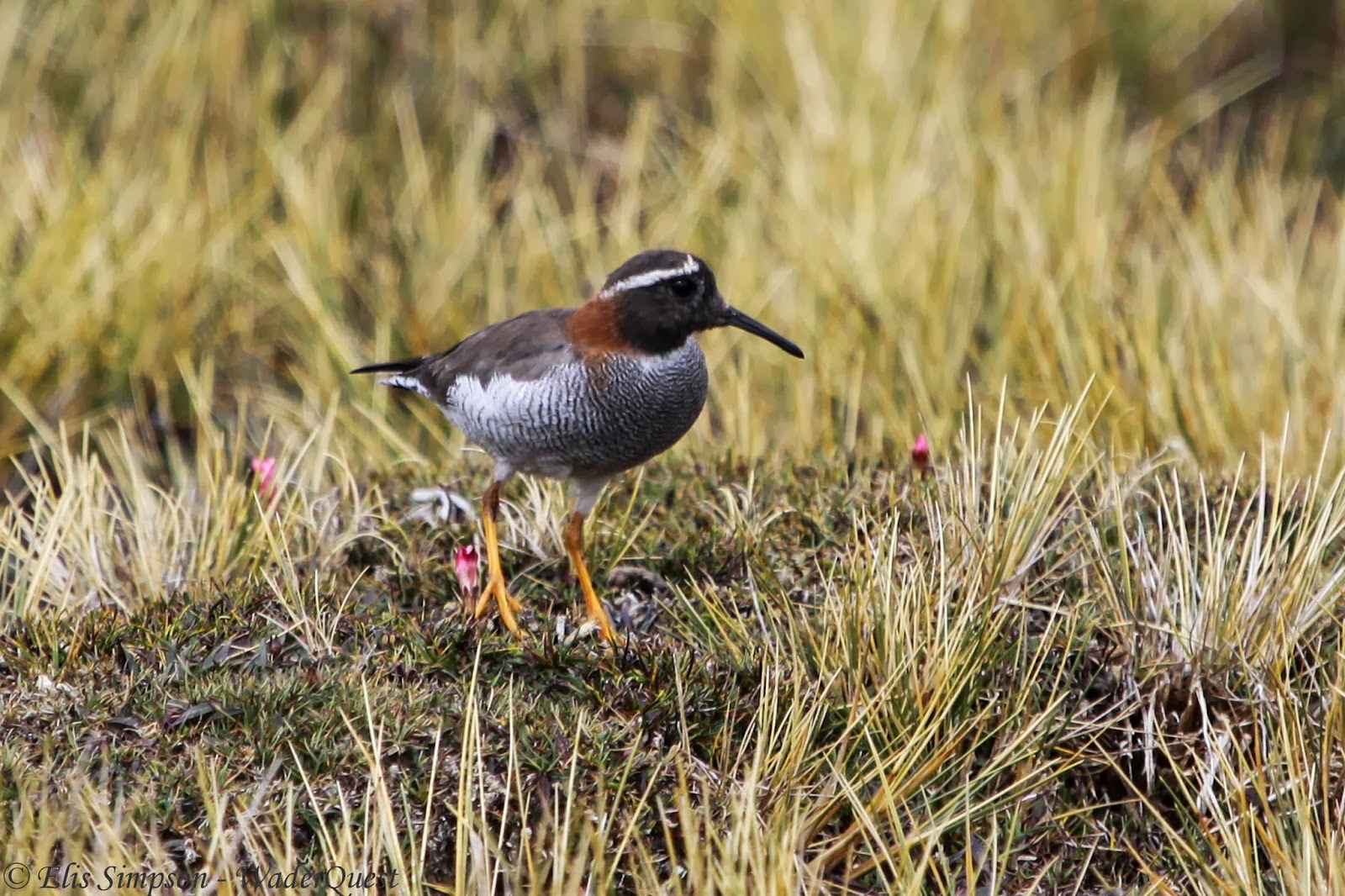 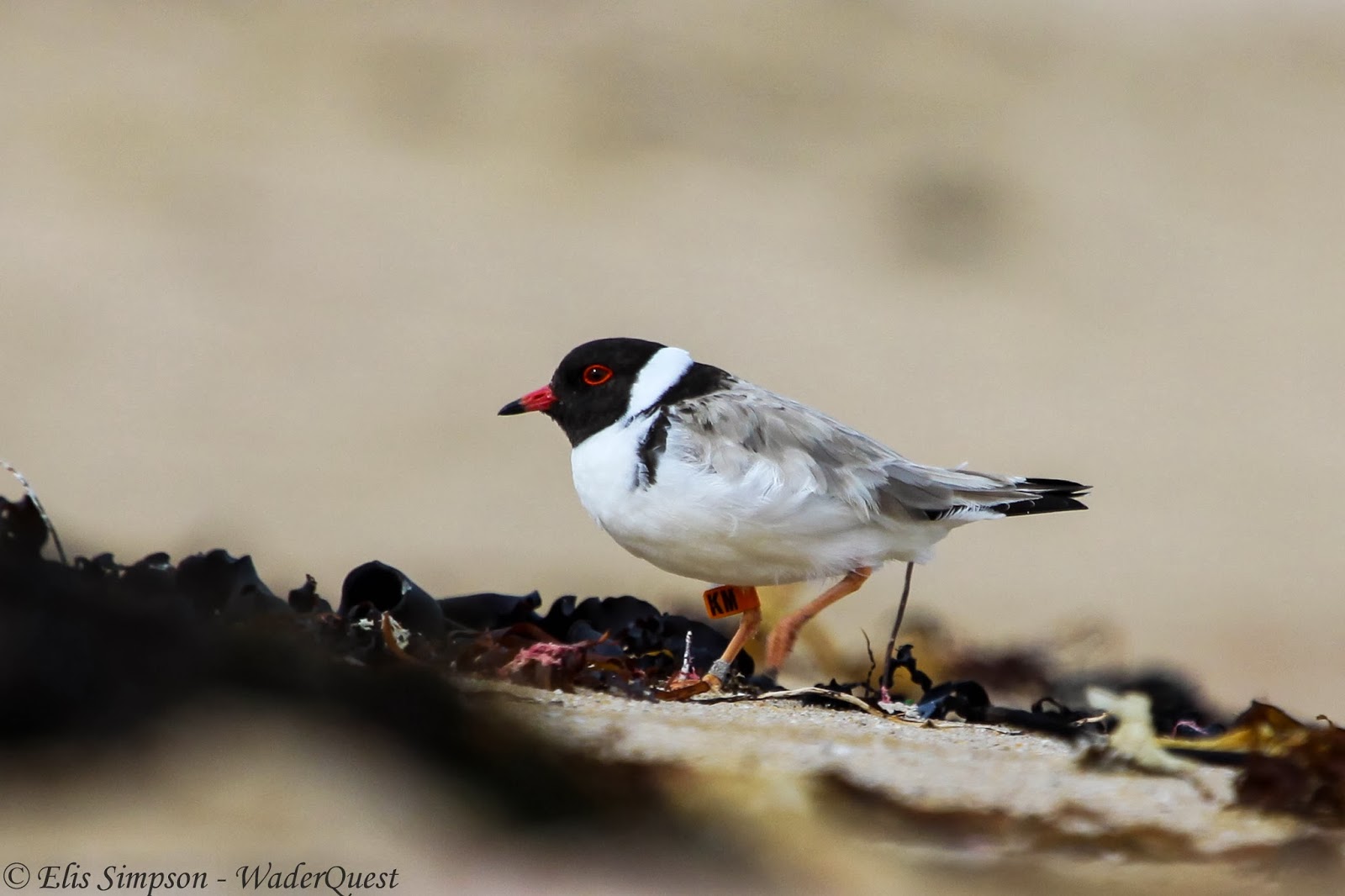 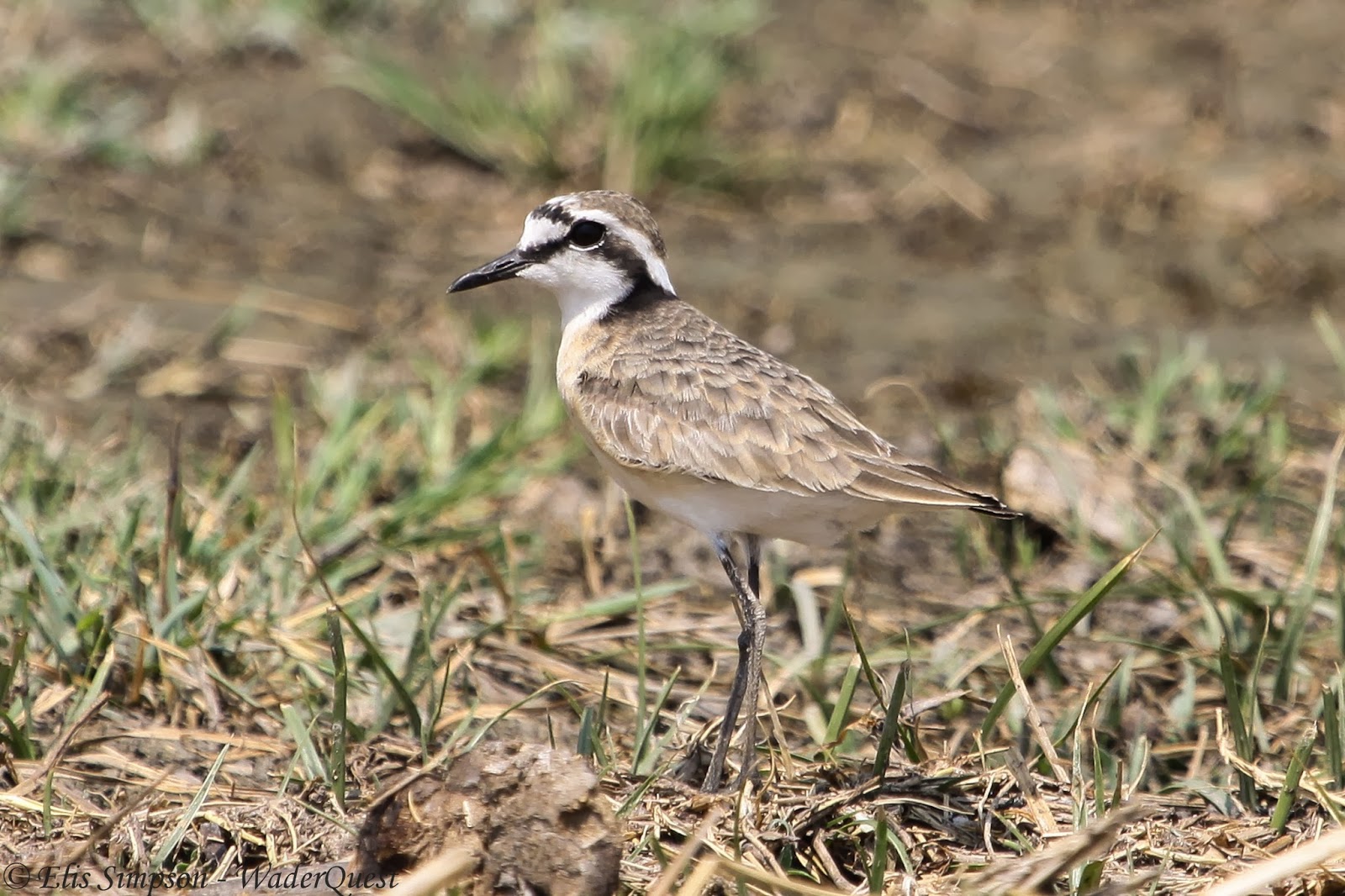 
Those species that reach star status include, rather inevitably, the Spoon-billed Sandpiper that started this whole thing off, the Diademed Sandpiper-Plover that you almost have to die to see at the top of the Andes, the Magellanic Plover at the end of the world in Tierra del Fuego, the Sociable Plover that we bumped into on its migration through the UAE, the aforementioned Hooded Plover of Australia, its close relative the Shore Plover of New Zealand and the rarest wader in the world, the Black Stilt, also of New Zealand.

But those birds are stars in part because of the plight they find themselves in, all are rare (three Critically endangered, one endangered, two near threatened and one vulnerable) and some of them with populations on the edge, only hanging on due to conservation initiatives and management. 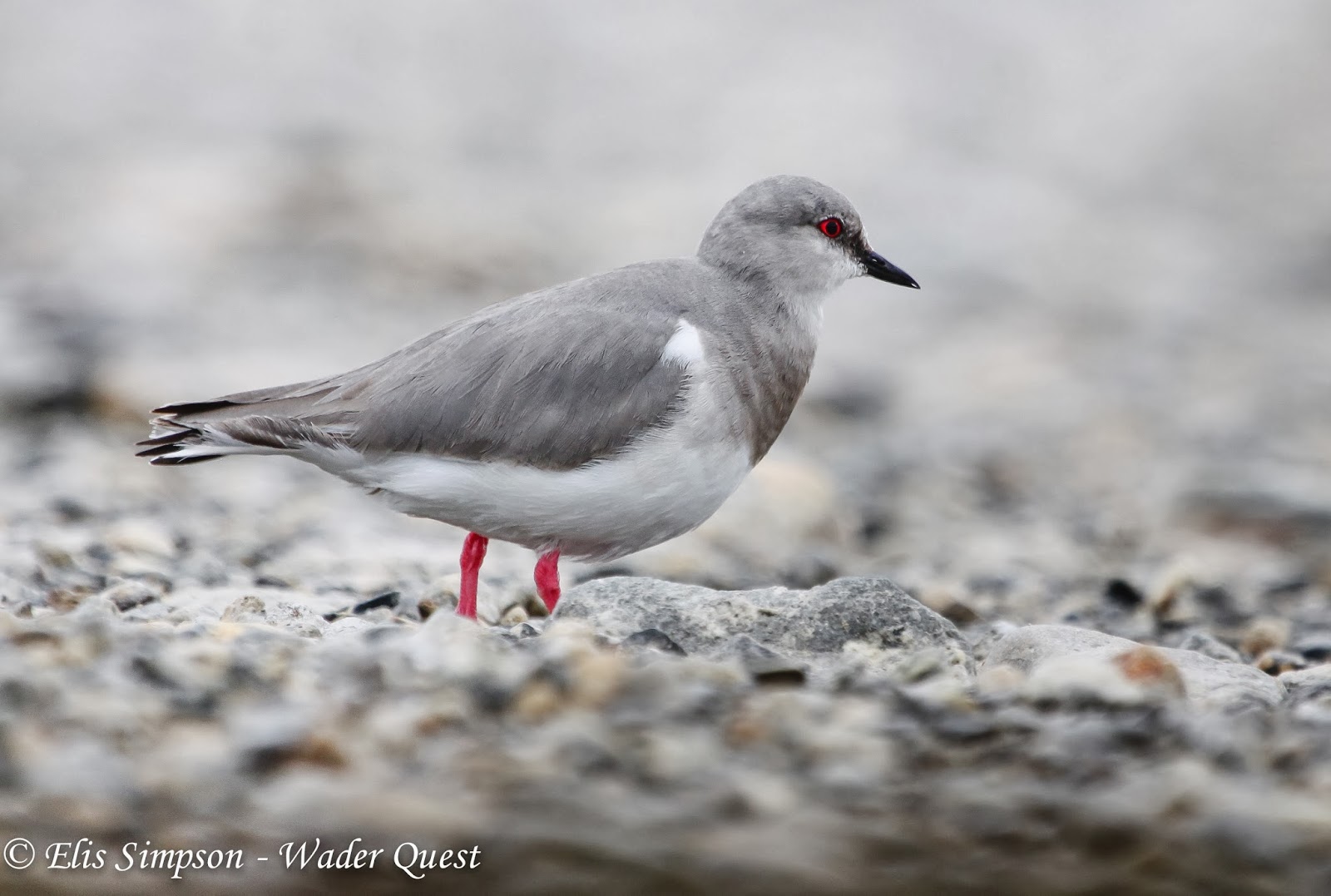 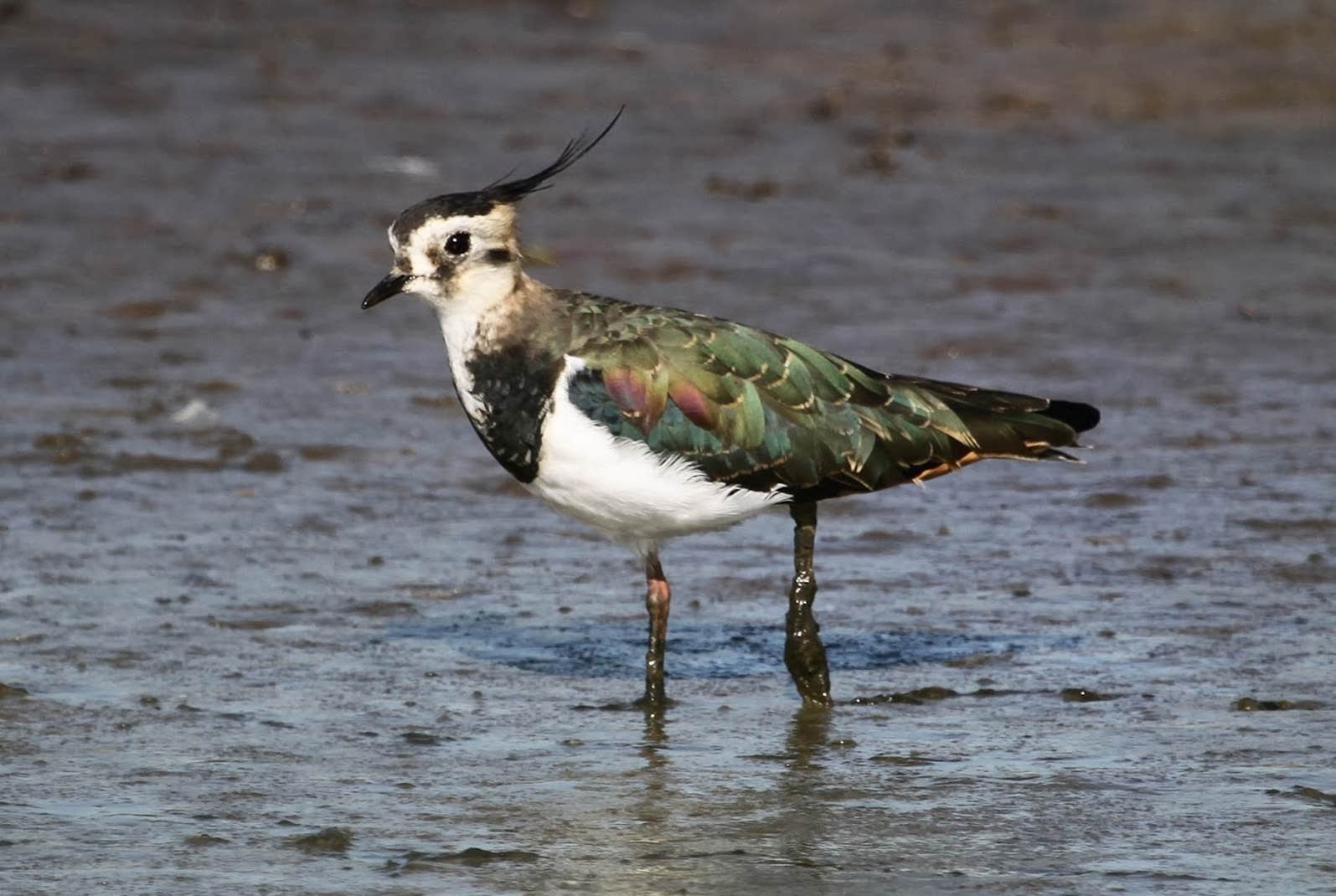 
However some less threatened species also captured our imaginations during the trips, perhaps for their appearance (White-crowned Lapwing) or their name (Kittlitz’s Plover), or maybe their value as a British rarity (Long-toed Stint) or simply the fact that it took two goes to see one (Andean Avocet). We had good days, like the day we saw eight new species in Australia and bad days spent trudging through horrendous weather to no avail; some good fortune like having a site for the nomadic Burchell’s Courser in South Africa and some dips, we never did catch up with Rufous Seedsnipe in Peru or Chile, but the thrill of being out there searching for the birds never diminished. We received a lot of help from local birders and researchers, including a map with ‘X marks the spot’ for Mountain Plover in California, some provided up to date gen, others came out with us to help us find the birds and in South Africa our road trip was privately sponsored by friends.

During our travels we have given talks at eleven venues, the total number of people reached is over seven-hundred helping to spread the word and raise awareness among birders and non-birders alike . 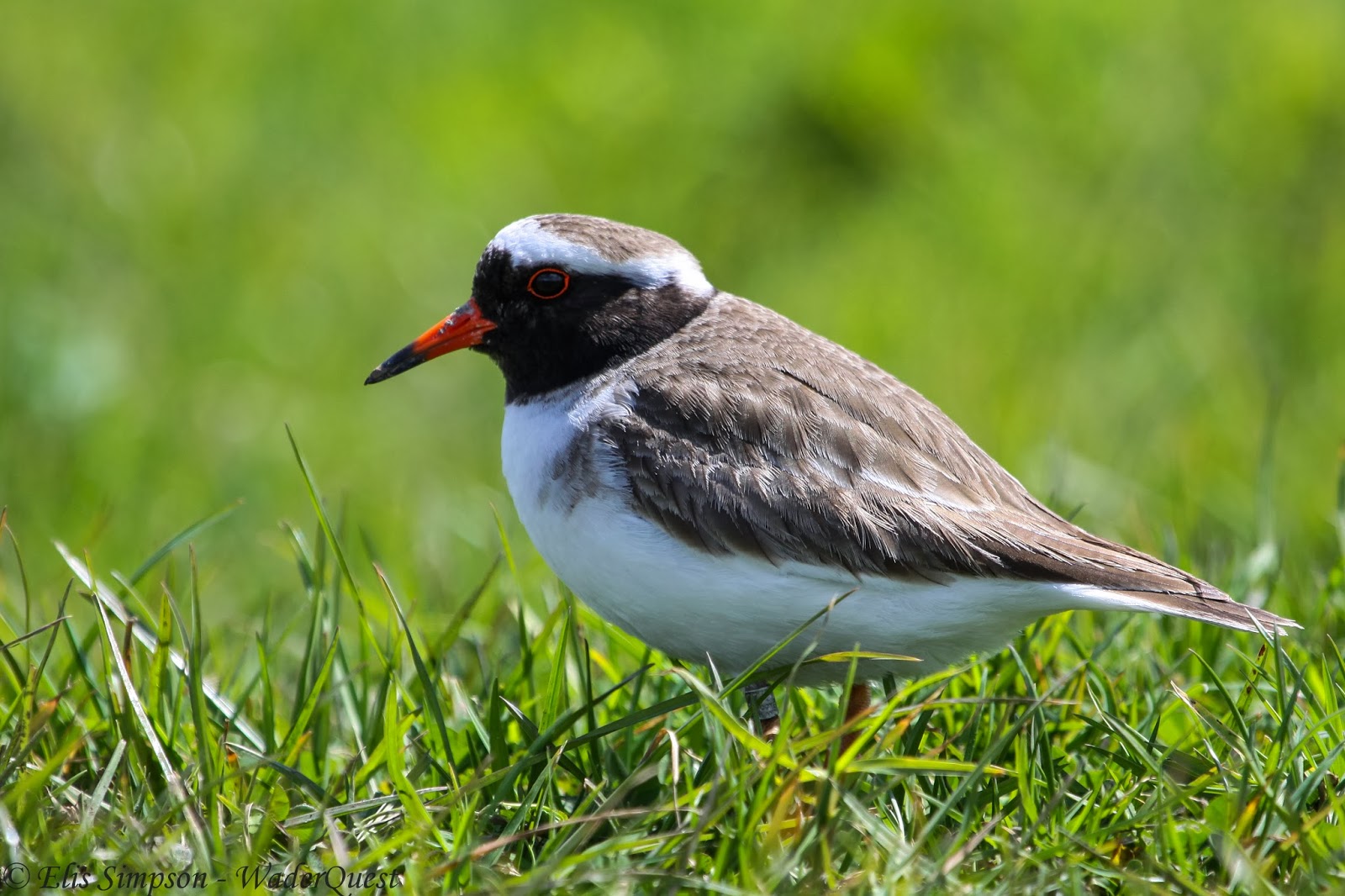 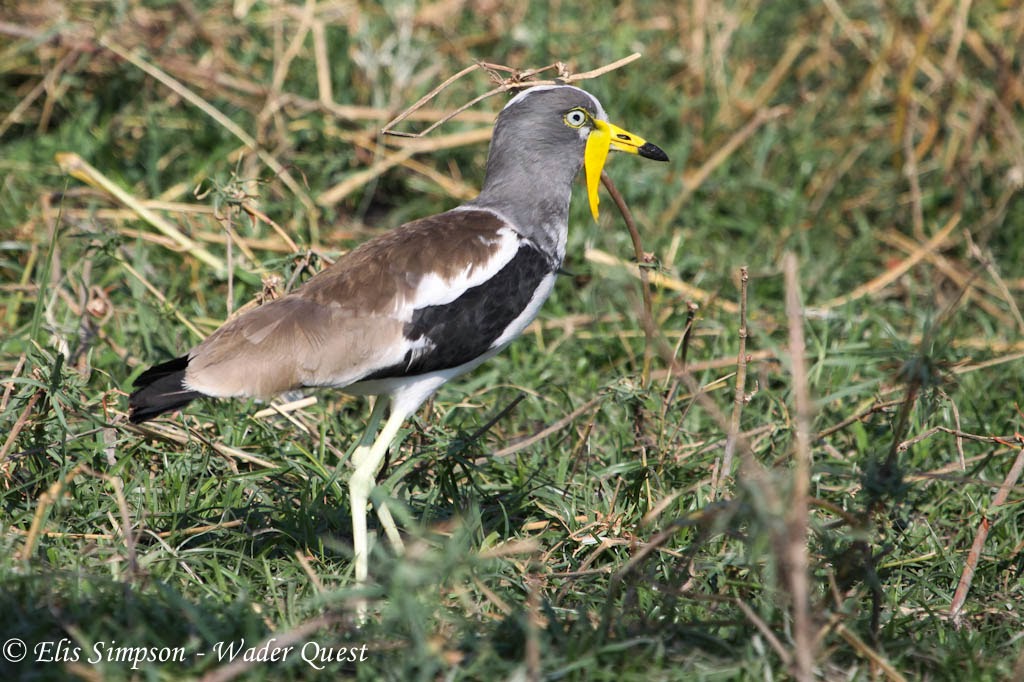 
As we are approaching the end of the travelling phase of the project our thoughts have turned to the future, what of Wader Quest now? Are we simply going to put away our passports, pay up the money we have raised for the WWT and BLAus and retire? Not a bit of it, we have the bit between the teeth now and the plan is to develop Wader Quest into a fundraising charity of some kind so that we can continue to raise money. The intention is to move the emphasis to providing grants to small wader conservation projects or to pay for specific items perhaps within a larger one, such as fencing or signage etc.

We were thrilled when in South Africa a group of people, inspired by what we are doing, set up Wader Quest South Africa, then, following suit this January, Wader Quest Brasil was born; we hope others are in the pipeline. Our ambition is that one day the message about wader conservation will be more widely heard and that it will become as high in profile as that of the conservation of the world’s rainforests. We hope that in some small way we and our friends around the world, in the name of Wader Quest, will have been influential in making a change for the better increasing the chances of survival for one of the most fascinating groups of birds on the planet, the waders.
Posted by The Urban Birder at 16:00 No comments: