As ever, my recent trip to Portugal was a blinder. I love the relaxed atmosphere, the warm welcome I always receive, the tasty grub, agreeable temperature and the fantastic birds.

On this occasion I was invited to speak at and run urban birding workshops at the 2014 Portuguese Birdfair  Observaria Estarreja some two hours north of Lisbon. 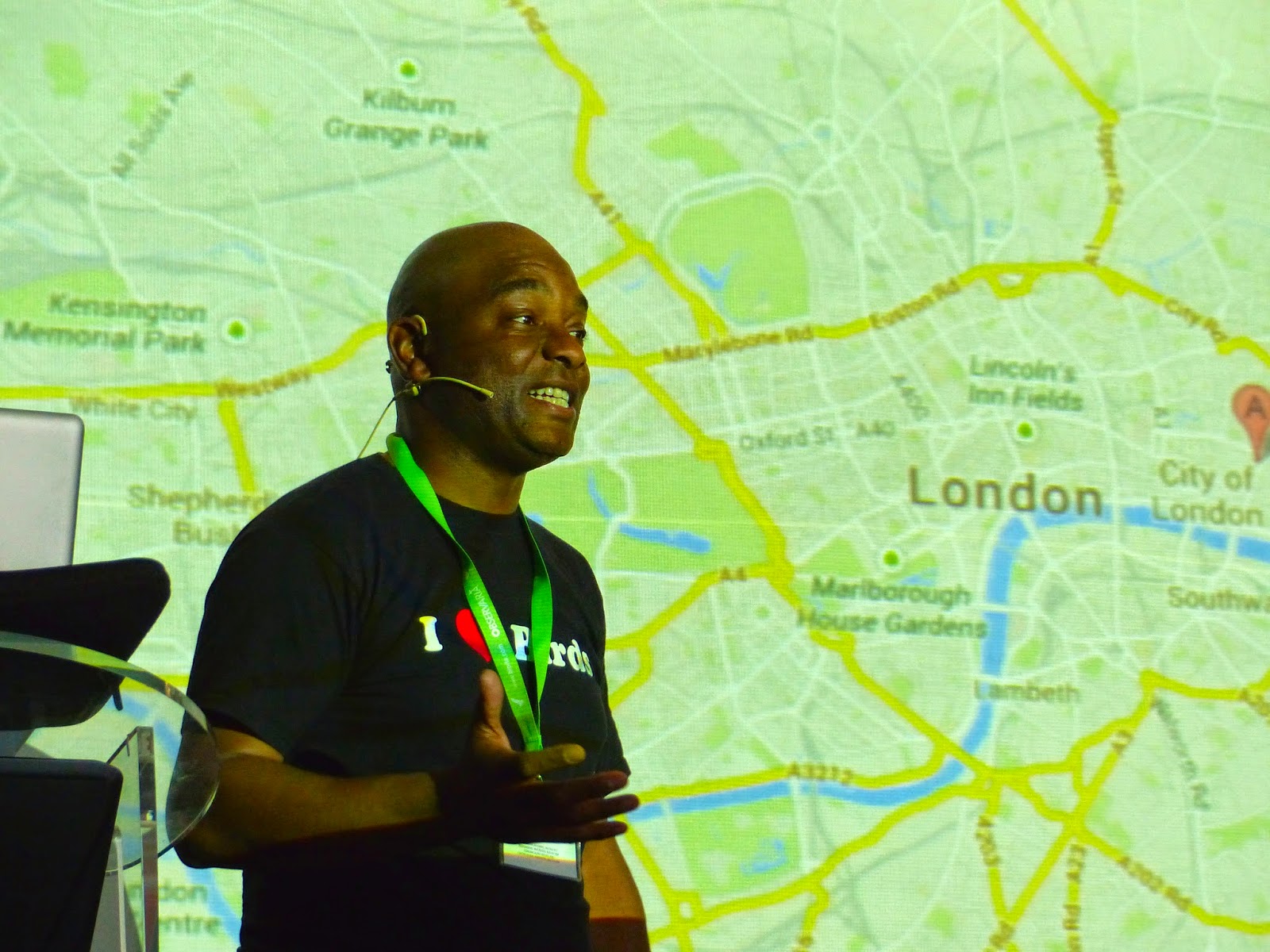 TUB waxing lyrical
I also spent some time in the Alentejo region - my favourite part of Portugal where I indulged in all sorts of avian goodies such as displaying Great Bustards and surprisingly large numbers of Black-bellied Sandgrouse.

The Birdfair was a success and despite the grey clouds and occasional dim light we still managed to see a host of great birds. I even had a lifer in the aural shape of a singing and calling Iberian Chiffchaff. 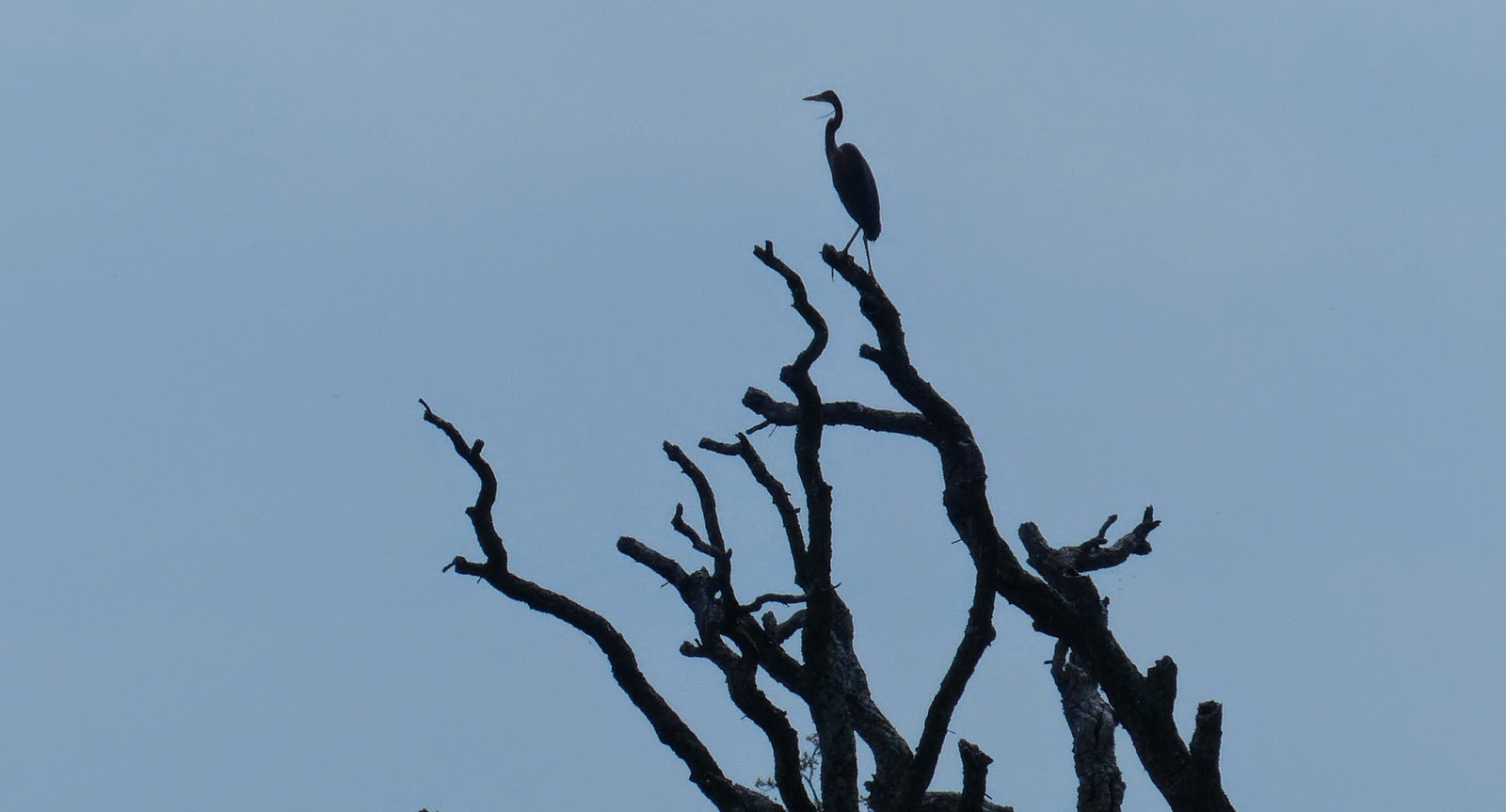 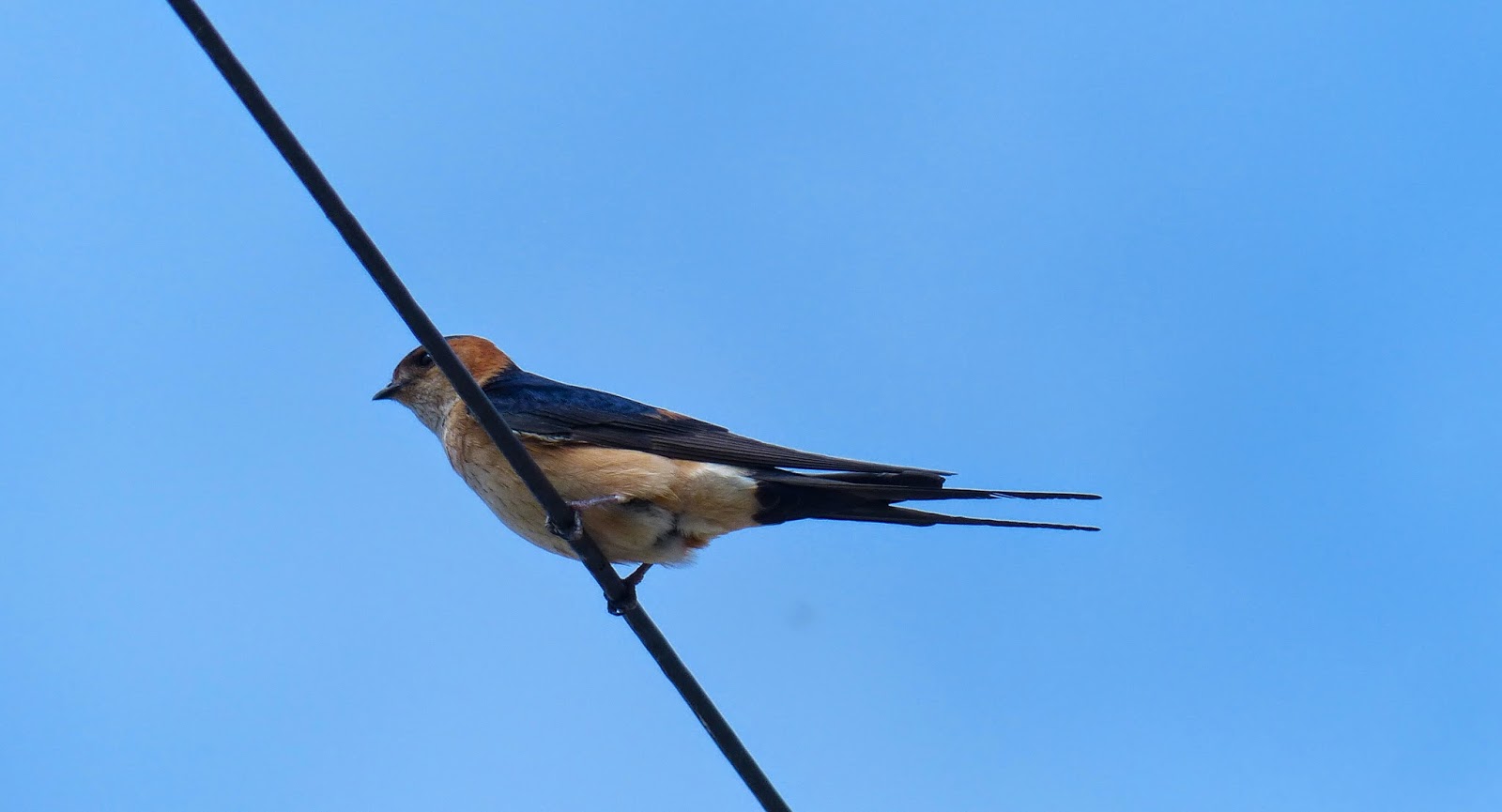 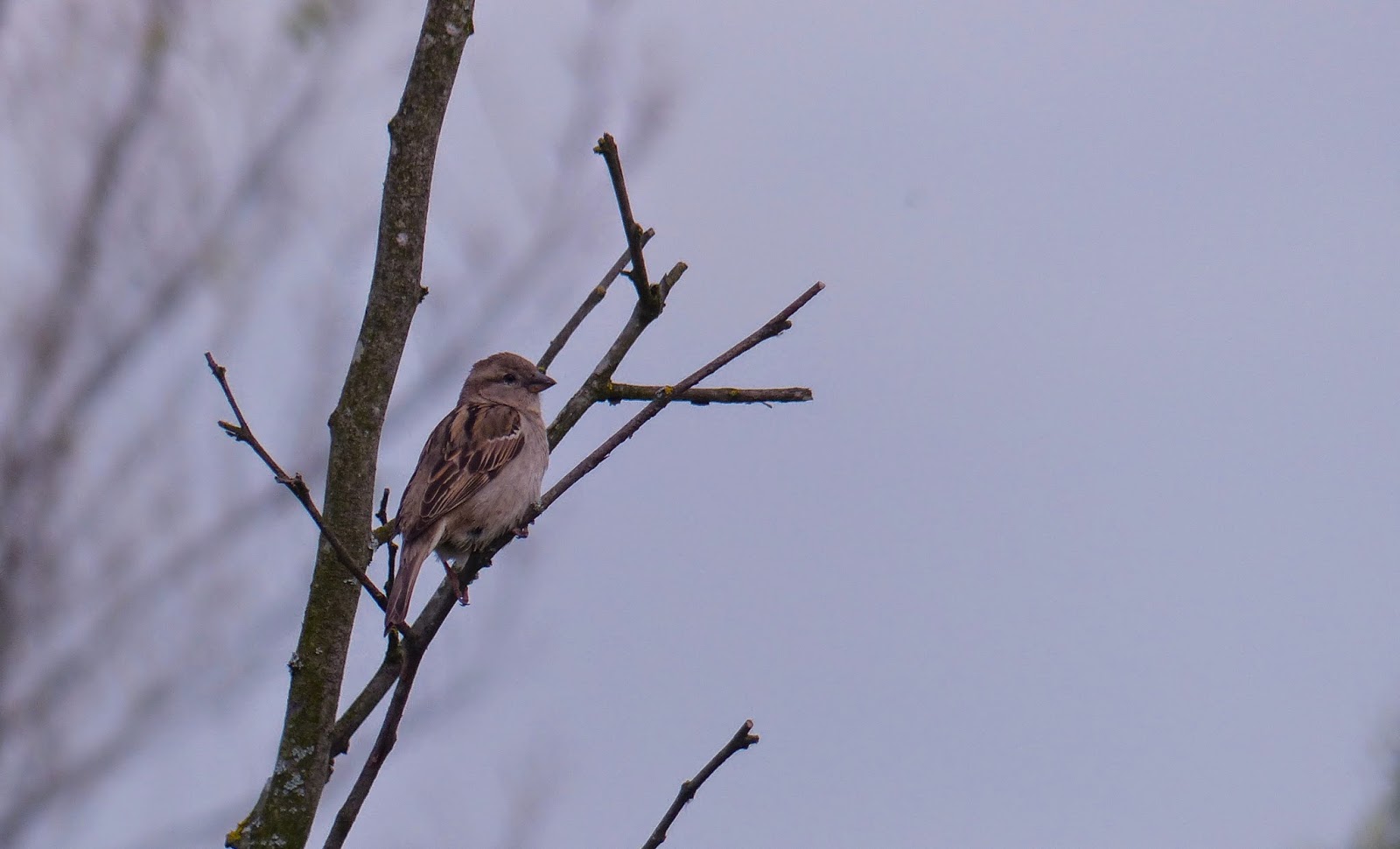 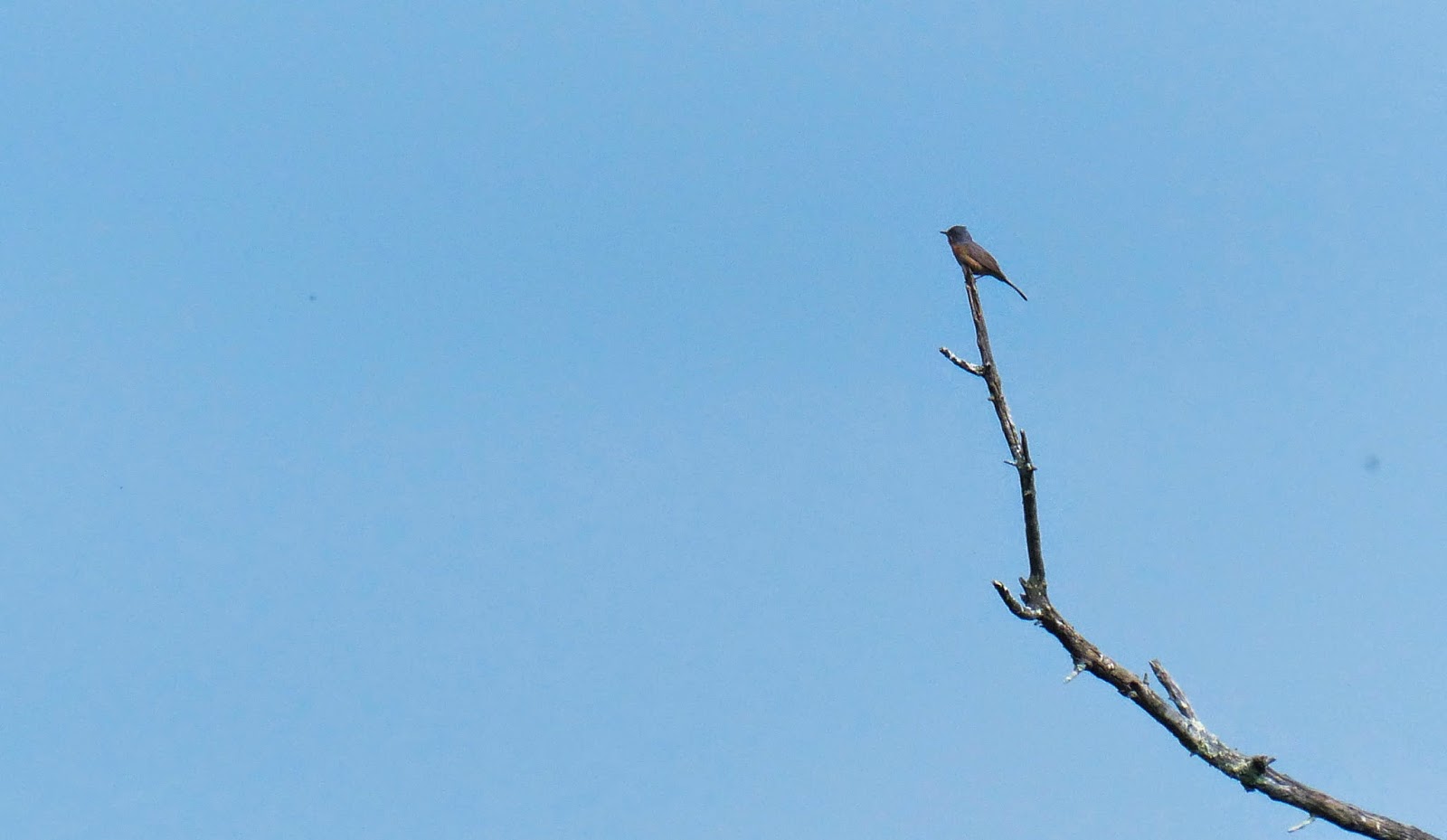 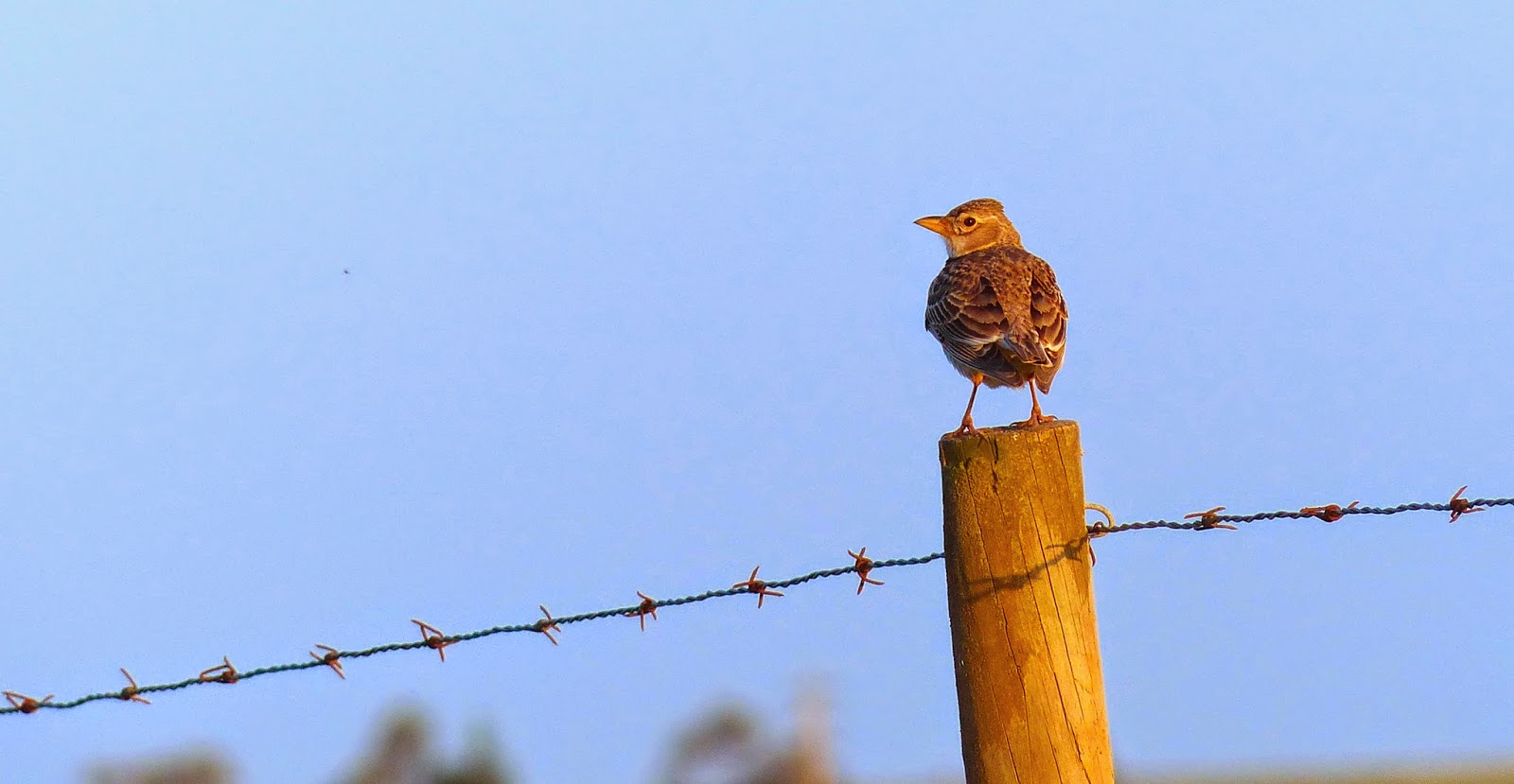 Portugal has some damn good birds! 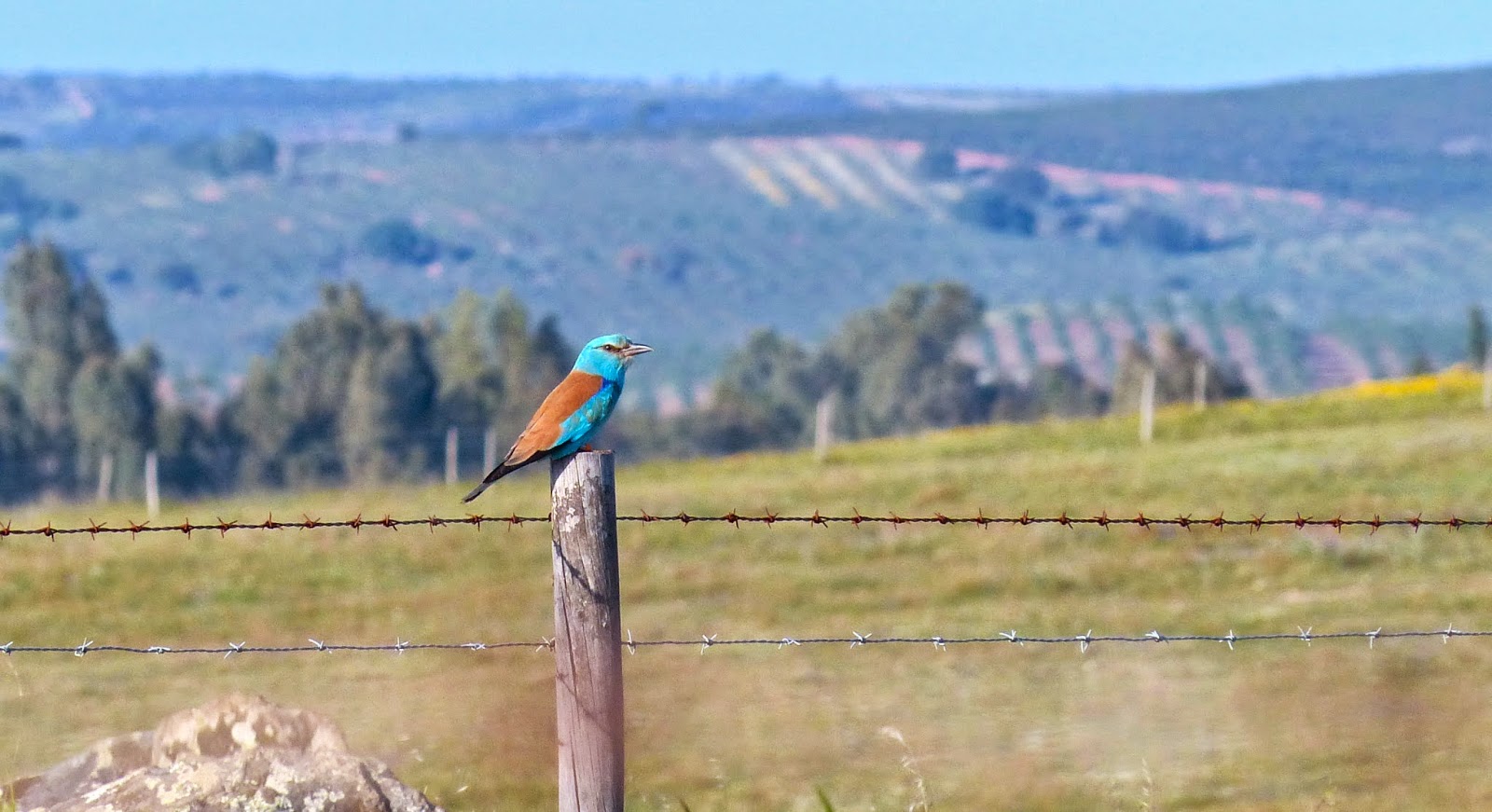 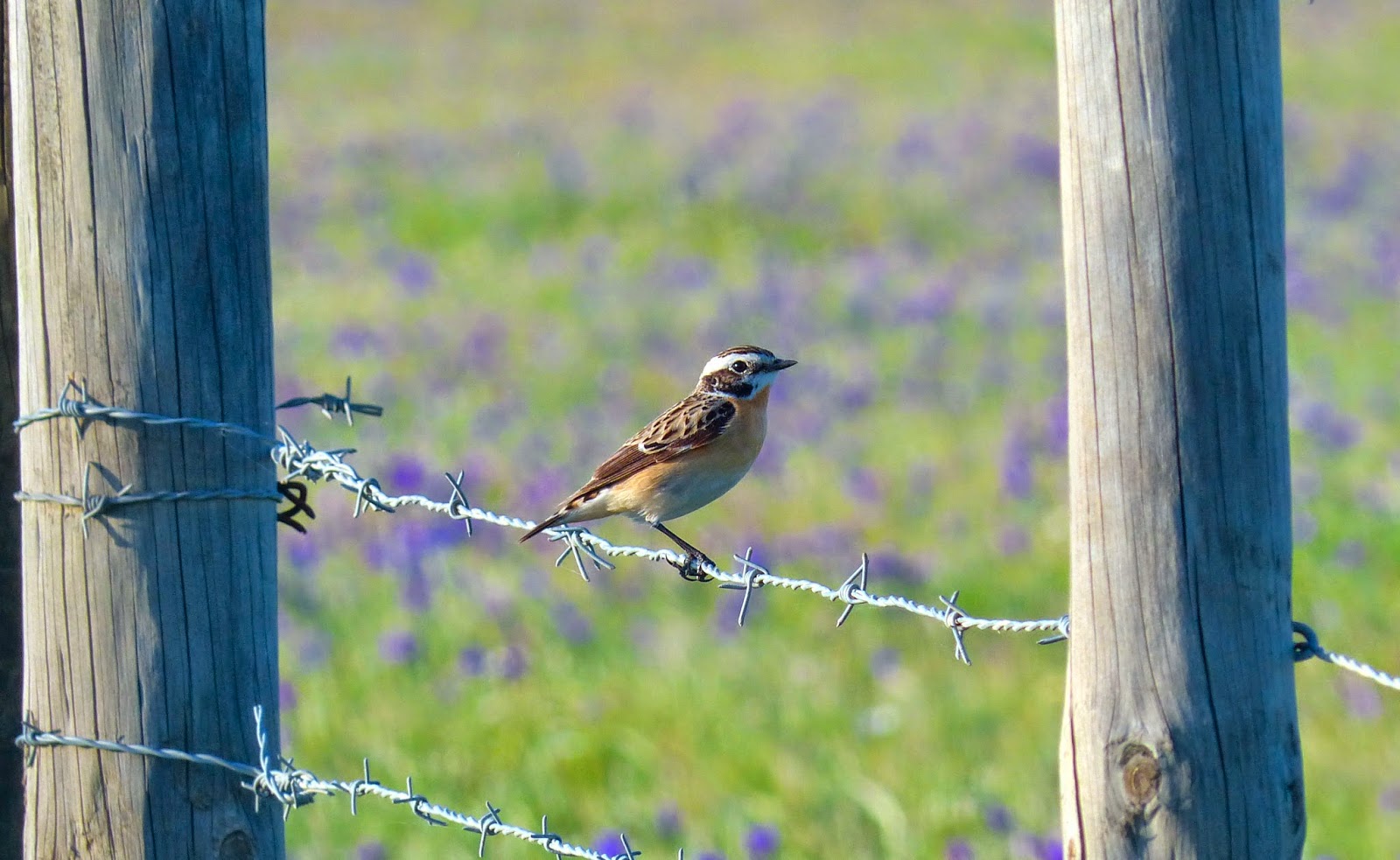 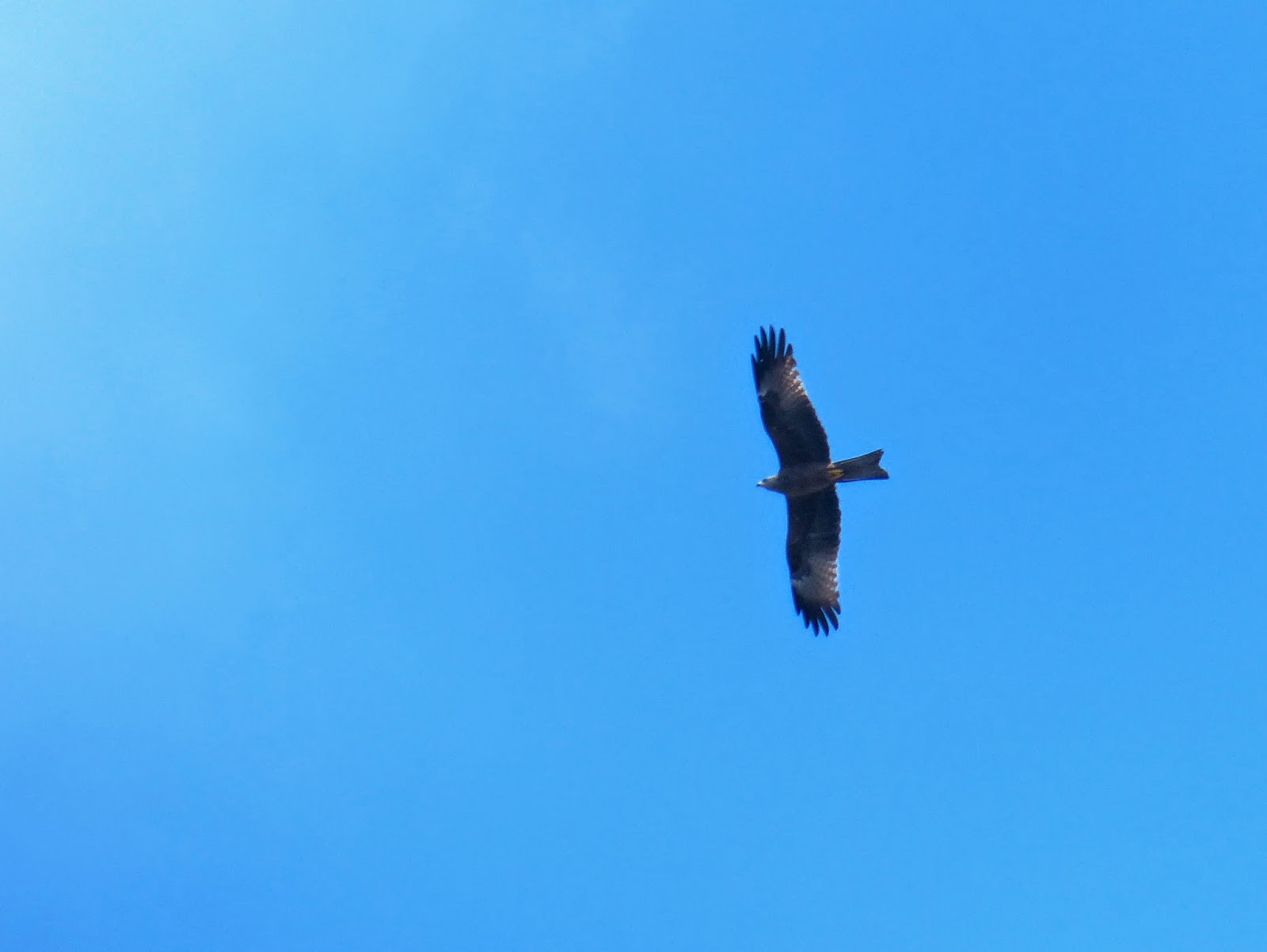 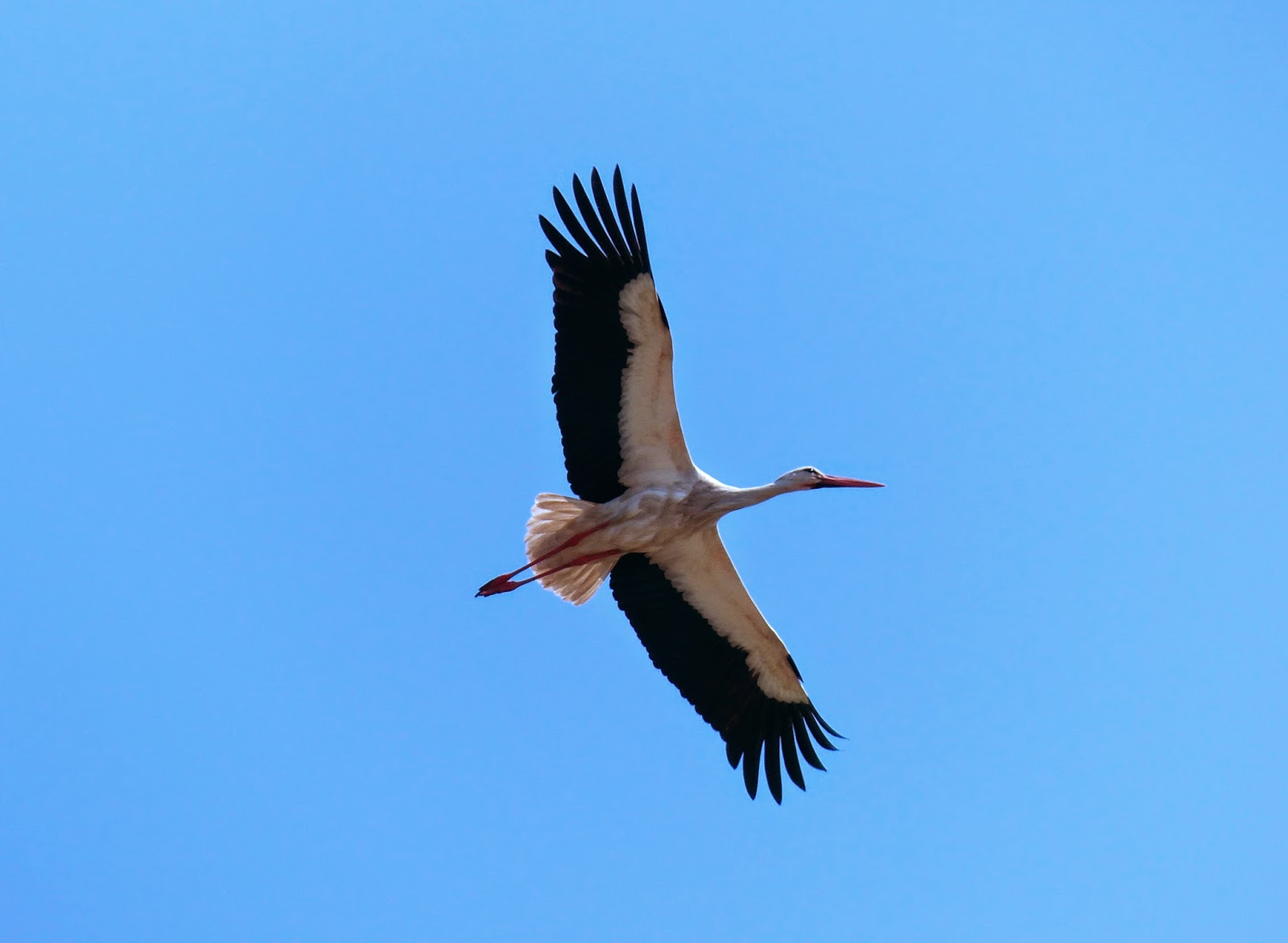 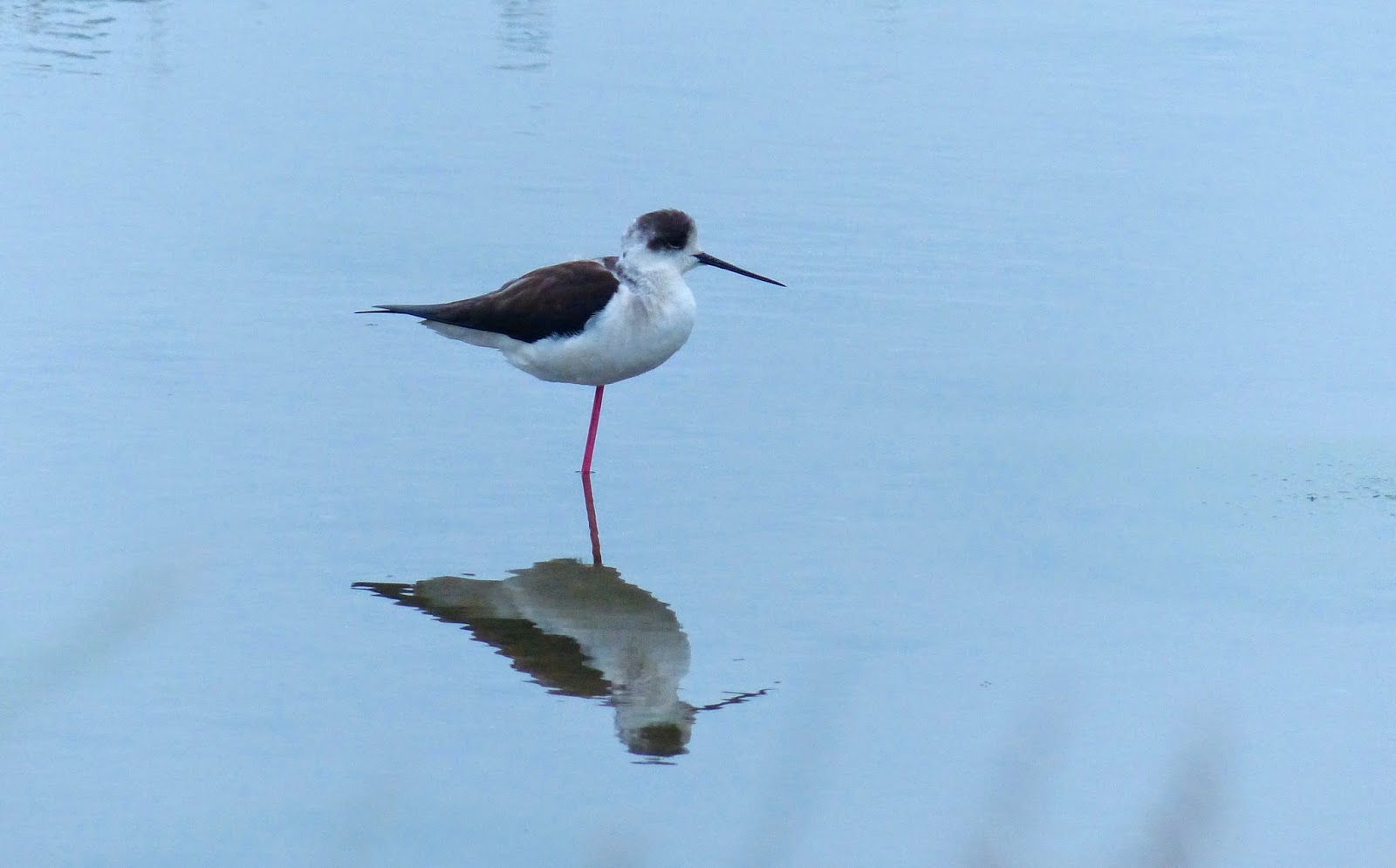 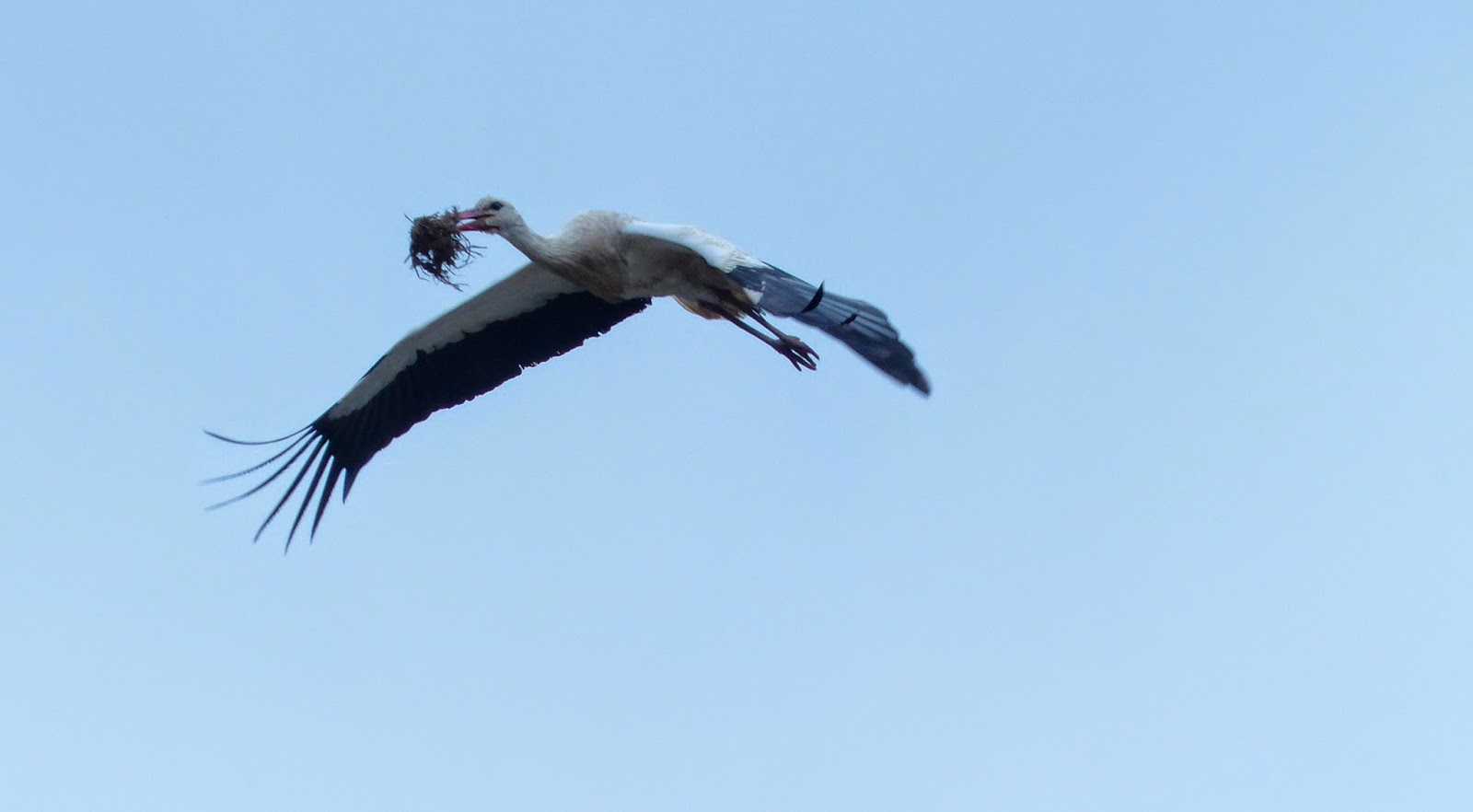 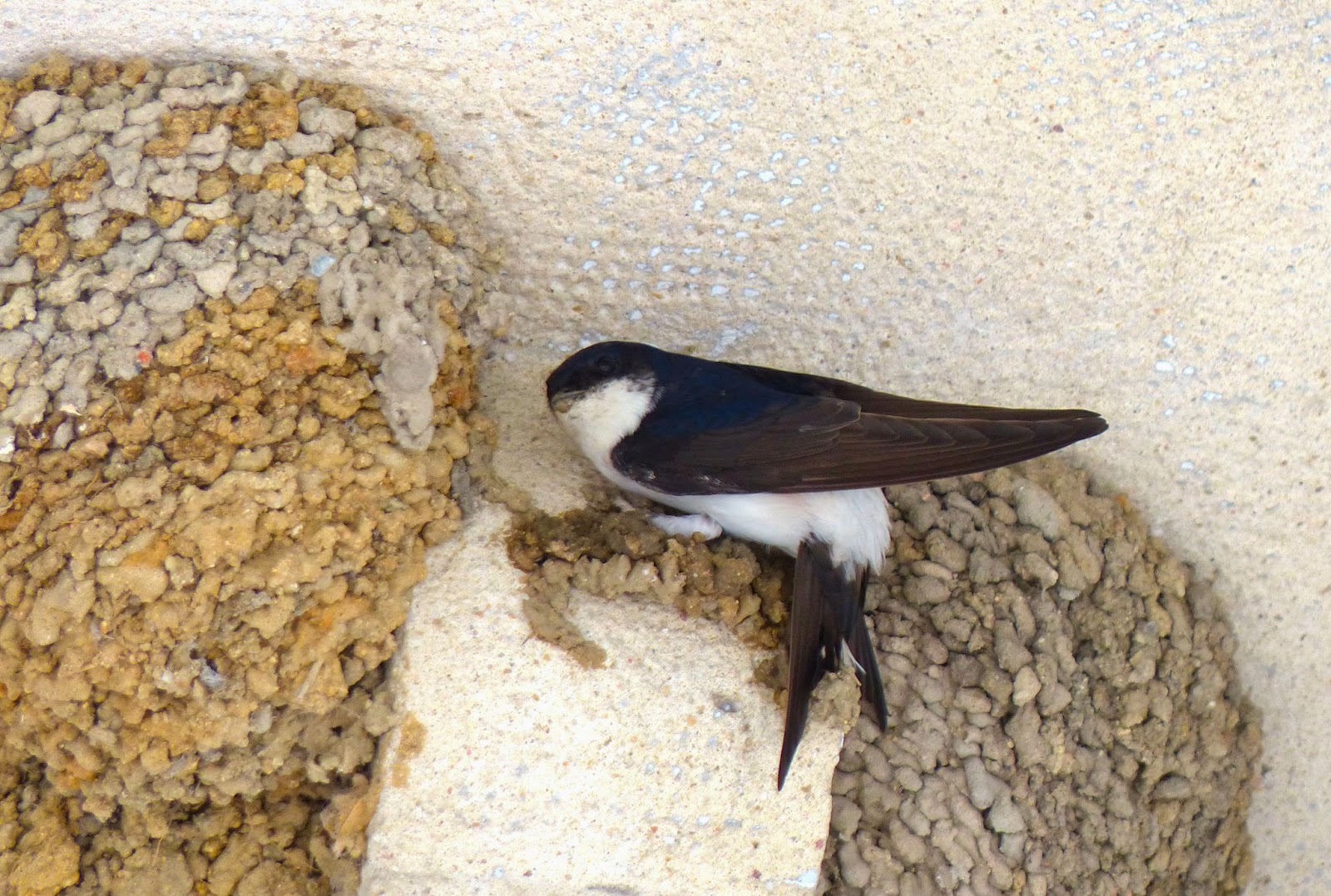 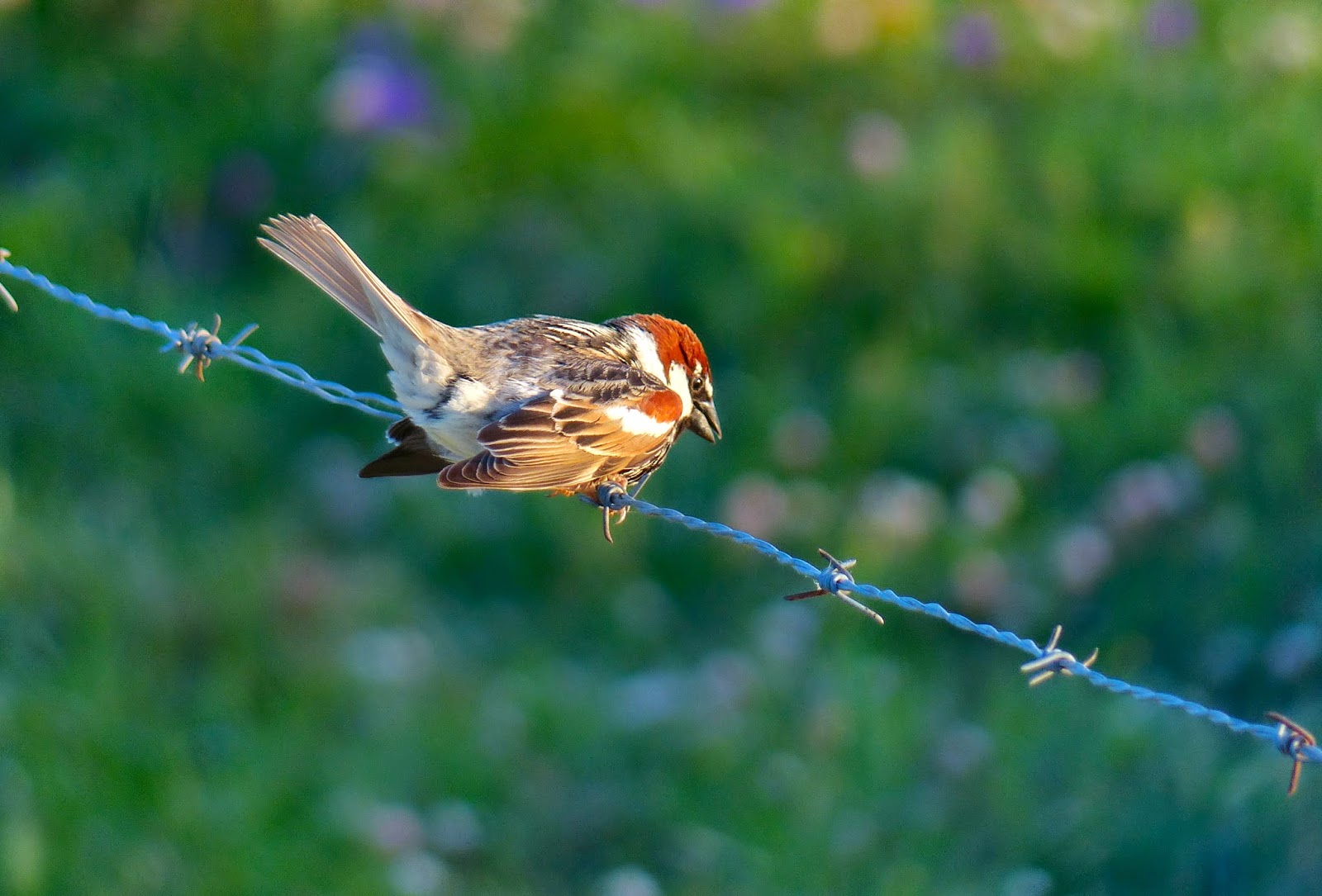 A displaying male Spanish Sparrow
Posted by The Urban Birder at 16:33 1 comment:

It's April and this has got to be the best month to be trampling the sacred grounds of The Scrubs, my beleagured local patch. My early spring wanderings here are due to change, almost certainly for the worst, once work commences on the HS2 and London Underground stations that are to be built immediately north of my patch. No doubt some of that building work will spill over onto the site. I imagine that I may have just one, perhaps two springs left before it's all change.

Anyway, the past few weeks have brought in two Wheatears, up to eight Blackcaps holding territory and around five singing Chiffchaffs. Many of the resident birds are in full song including Song Thrushes, Dunnock, Wrens and Robins. I even watched the latter species courtship feeding recently. Three days ago I recorded a flyby male Ring Ouzel that showed itself for the briefest of moments before heading high to the north.

Today, we had our first Swallows that swept low over the football pitches as they headed west into the grey, rain laden horizon. I also came across the below black-backed gull. At first I thought that I was looking at an adult Baltic Gull given its small size compared to the attendant Herring Gulls.

Baltic Gulls(Larus fuscus fuscus) are seen by most authorities as a northern subspecies of the more familiar Lesser Black-back (L.l graellsii) whilst others see them as a completely seperate species. The main differences are that fuscus has a black mantle that matches its black wingtips while graellsii has a mantle that is midway in hue between a Herring Gull and a Great Black back (which itself is as black-backed as fuscus). Thus, graellsii has a much darker slate grey back than a Herring Gull and the wingtips are discernably darker as they are black. The other notable difference is that fuscus has a slimmer more elegant carriage than graellsii, a feature made more prominent by the former's longer wings whose tips extend beyond the end of the tail - more so than graellsii.

Just wait until you try to start deciphering the mottled brown immature birds. Anyway, back to the bird that I spied on the football pitches. I was seriously thinking Baltic Gull until I noticed that my bird had pink legs and quite prominent white spots on its primaries. The bird was indeed a Great Black-back albeit a smallish one - perhaps a female. Great Black-backs have pink legs as opposed to the Lesser Black-back's yellow pins. Also, Great Black-backs normally have more white spotting (or mirrors) on their wingtips than their smaller congenor.

Note the slightly bigger size
It's always worth looking at every bird you come across, even if it is in the middle of the concrete jungle. I went home after seeing the Great Black-back to pore over a couple of books to remind myself of its characteristics. Always be open to learning more about the birds that you often take for granted.
Posted by The Urban Birder at 05:28 No comments: 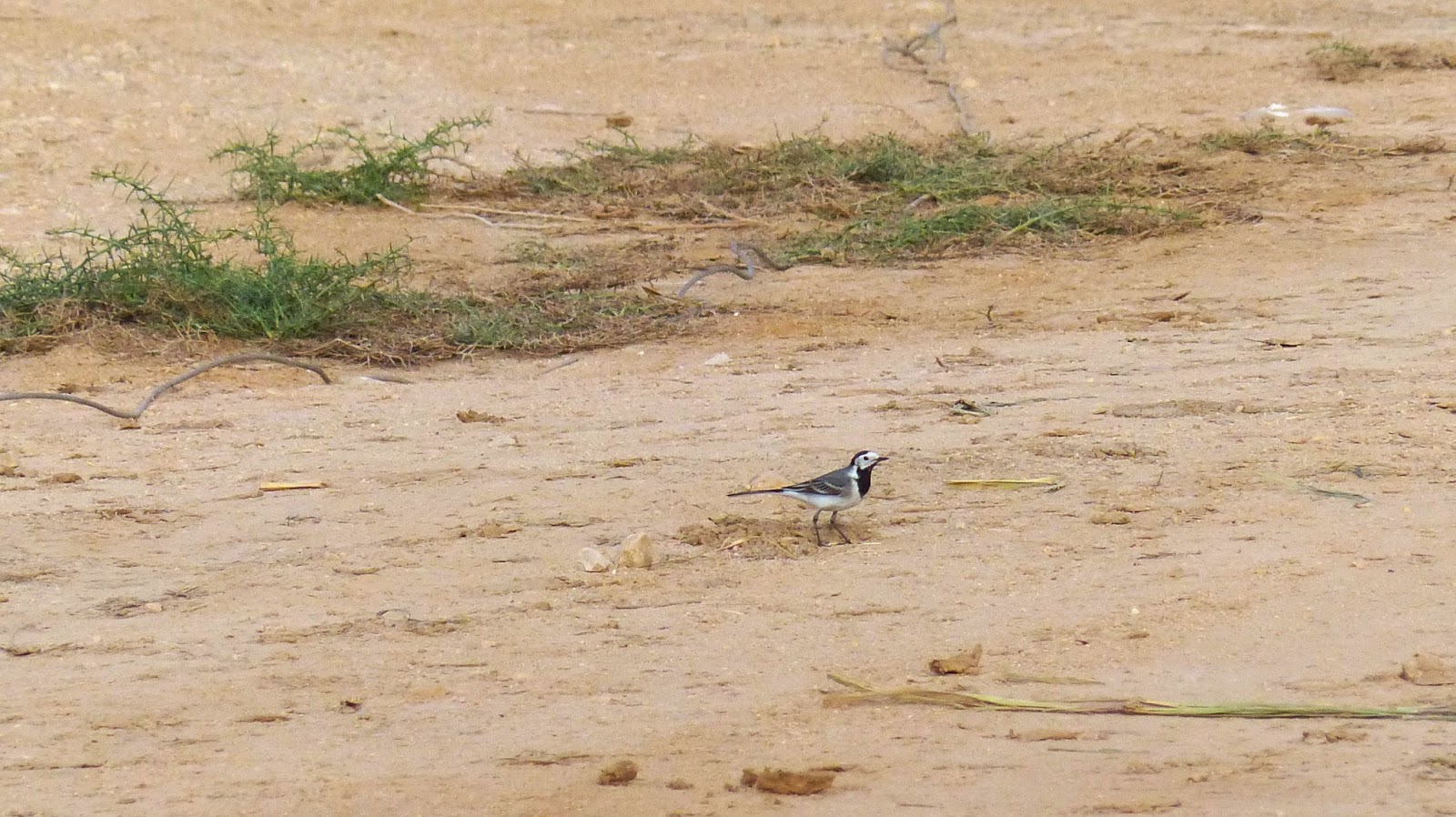 White Wagtail
The Champions of the Flyways Bird Race was organised by the Society for the Protection of Nature in Israel. The whole thing was steered by the energetic and all around nice guy Jonathan Meyrav with the help of his colleagues. The race featured 24 competing teams of birders from Israel, Britian, Georgia and the US racing around Eilat and the surrounding Negev Desert trying to identify as many species as possible over a 24 hour period.

To cut a long and sweaty story short, my team ended up with a very respectable 140 species. The winners were The Palestine Sunbirders on 169. Second were the Cornell Laboratory of Ornithology e-birders on 165. Third were The Digital Stringers on 165 - the highest ranking British team. 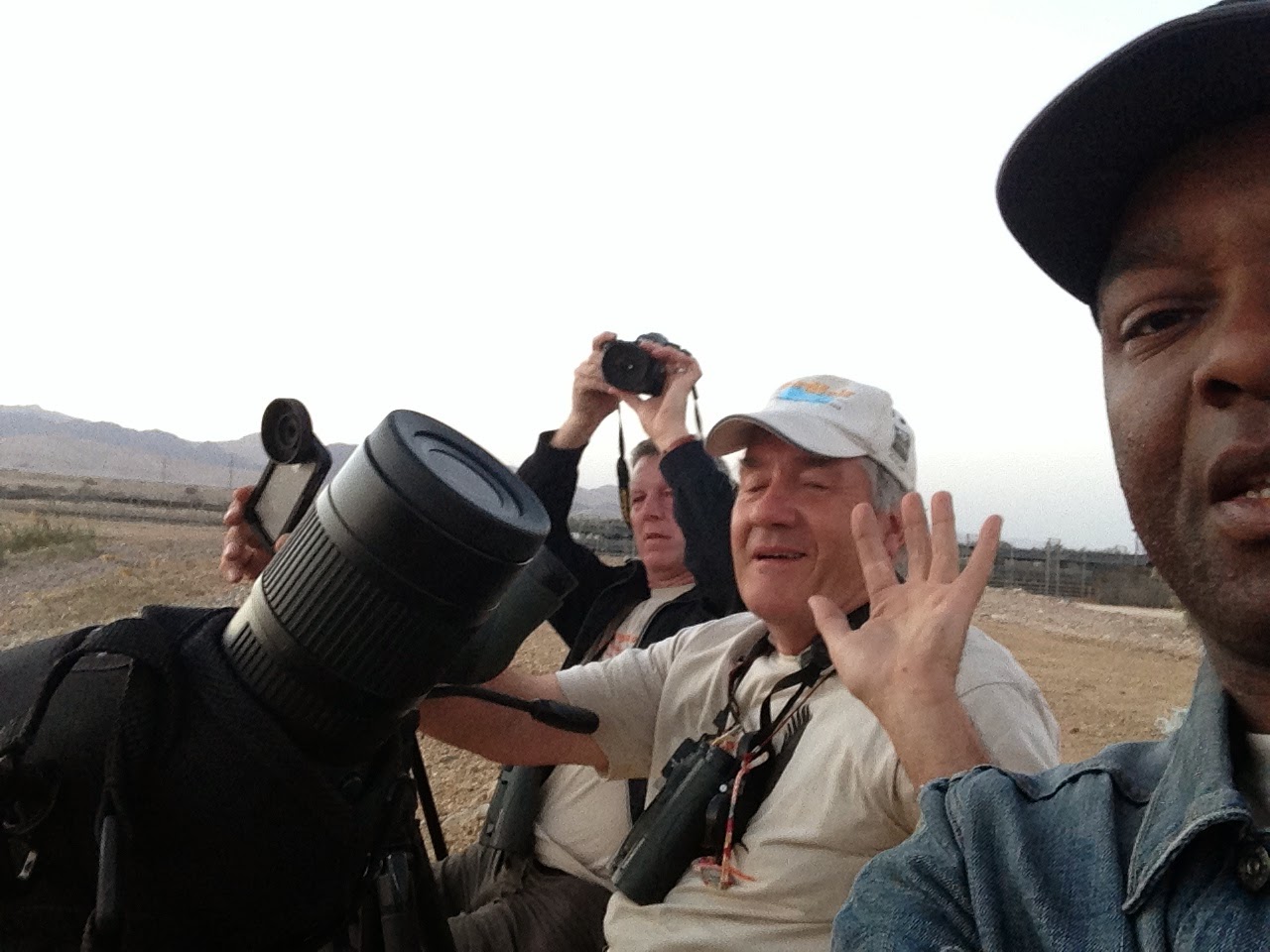 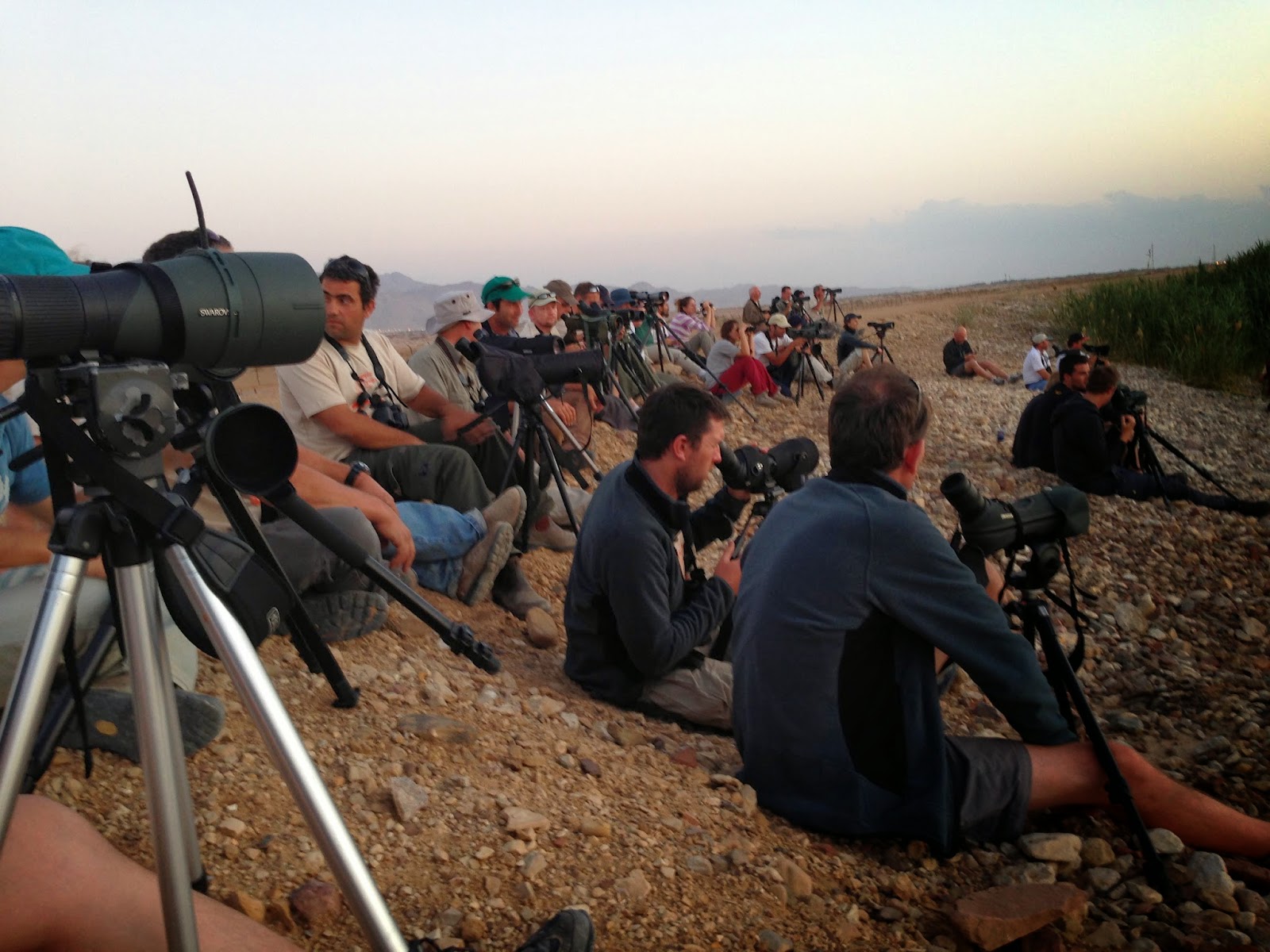 Assembled teams awaiting an evening visit from Lichtenstein's Sandgrouse coming in to drink.
Eilat is an amazing region for birding and the cause for this brilliant bird race is also very very worthy.

The Champions of the Flyways Bird Race pt 1

A selection of the birds we encountered on our bird race. 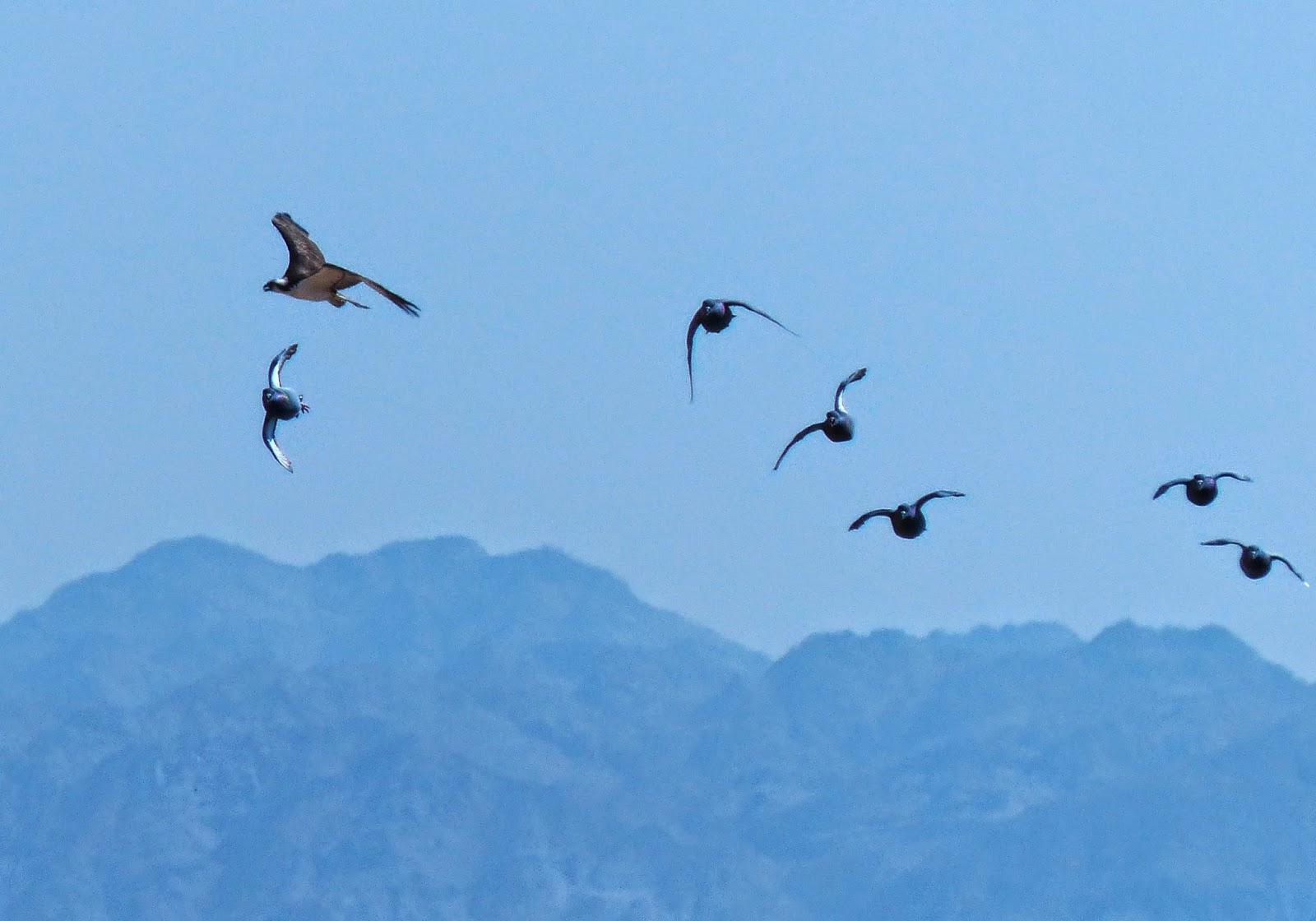 An Osprey preturbs a passing flock of Feral Pigeons 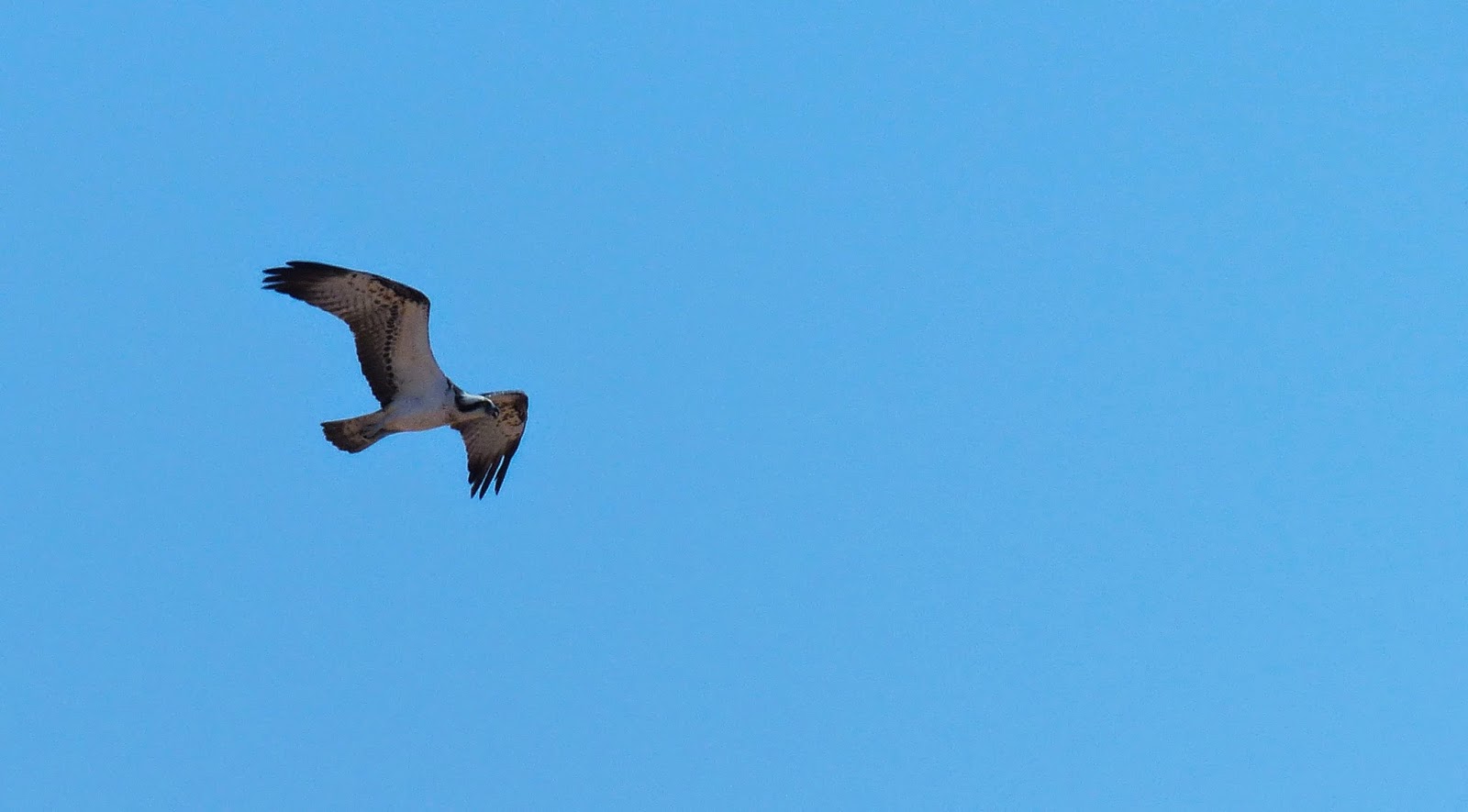 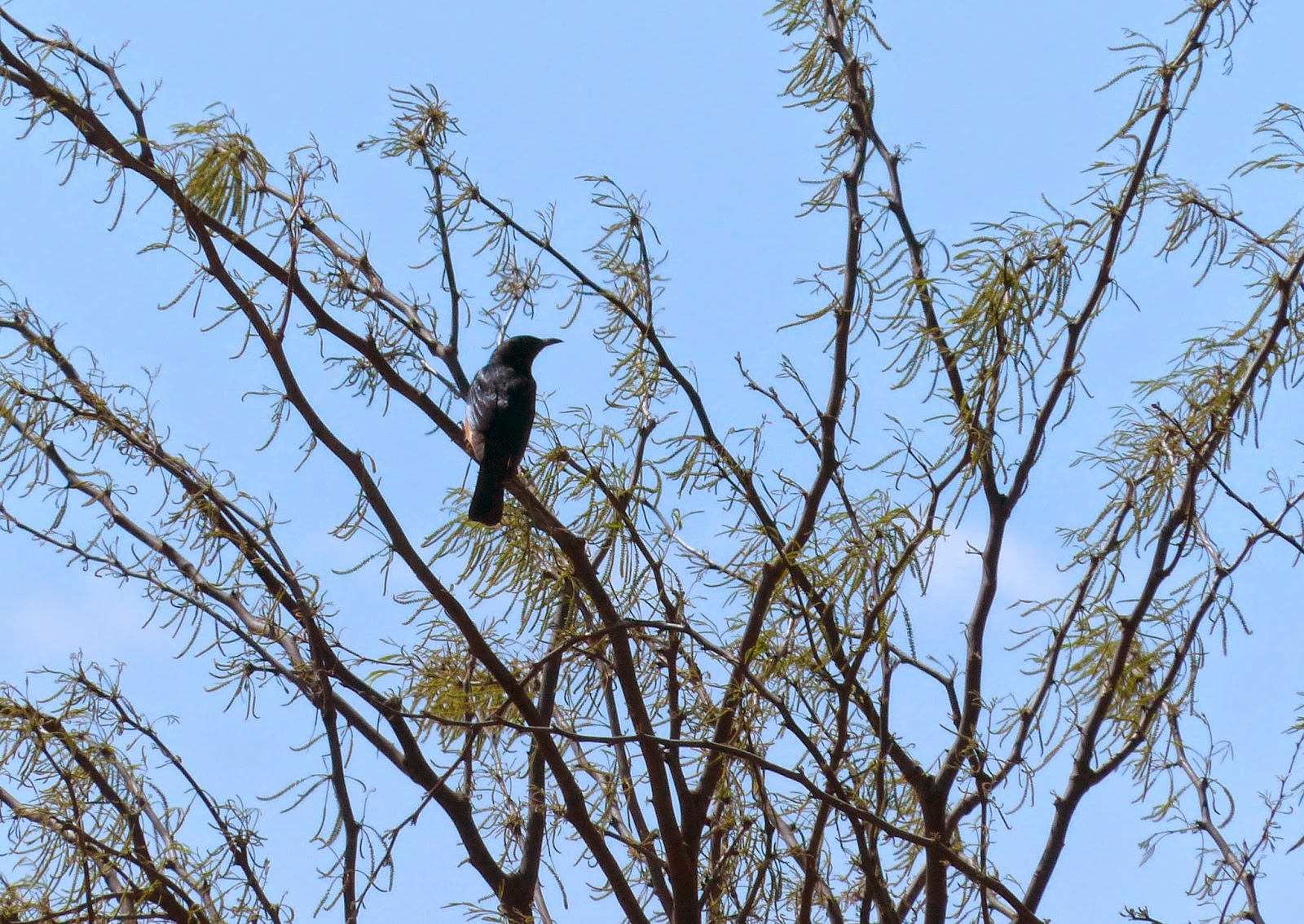 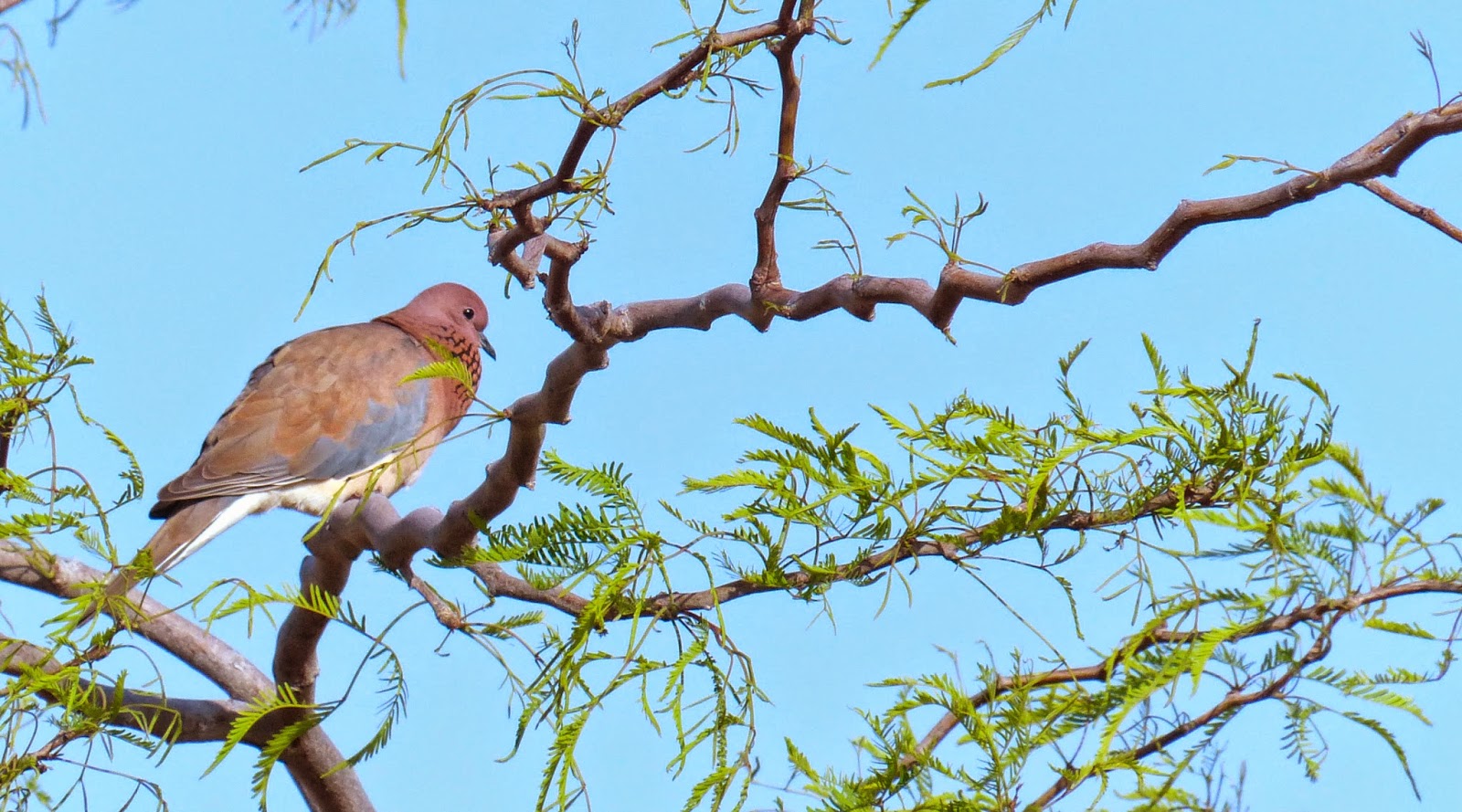 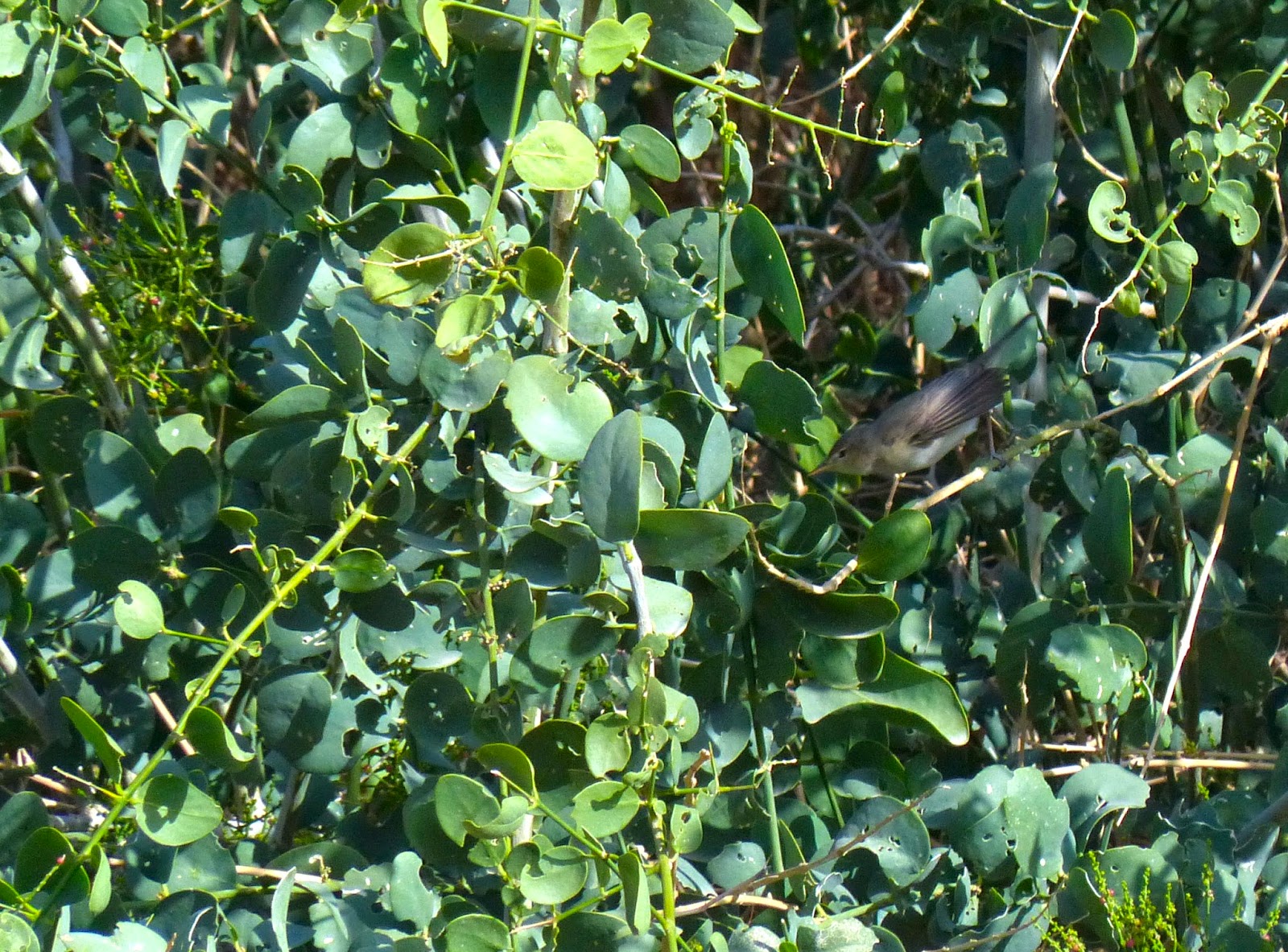 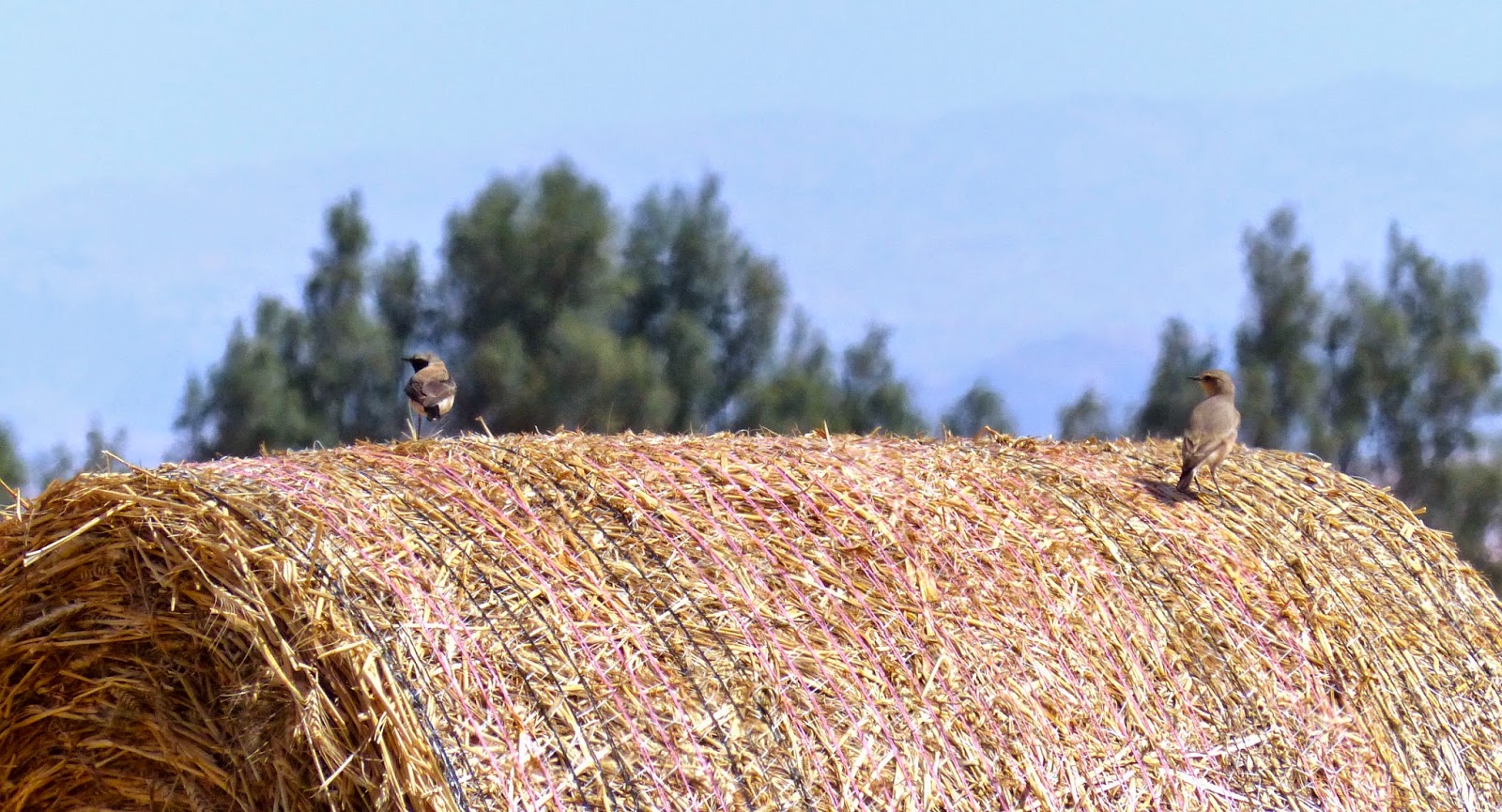 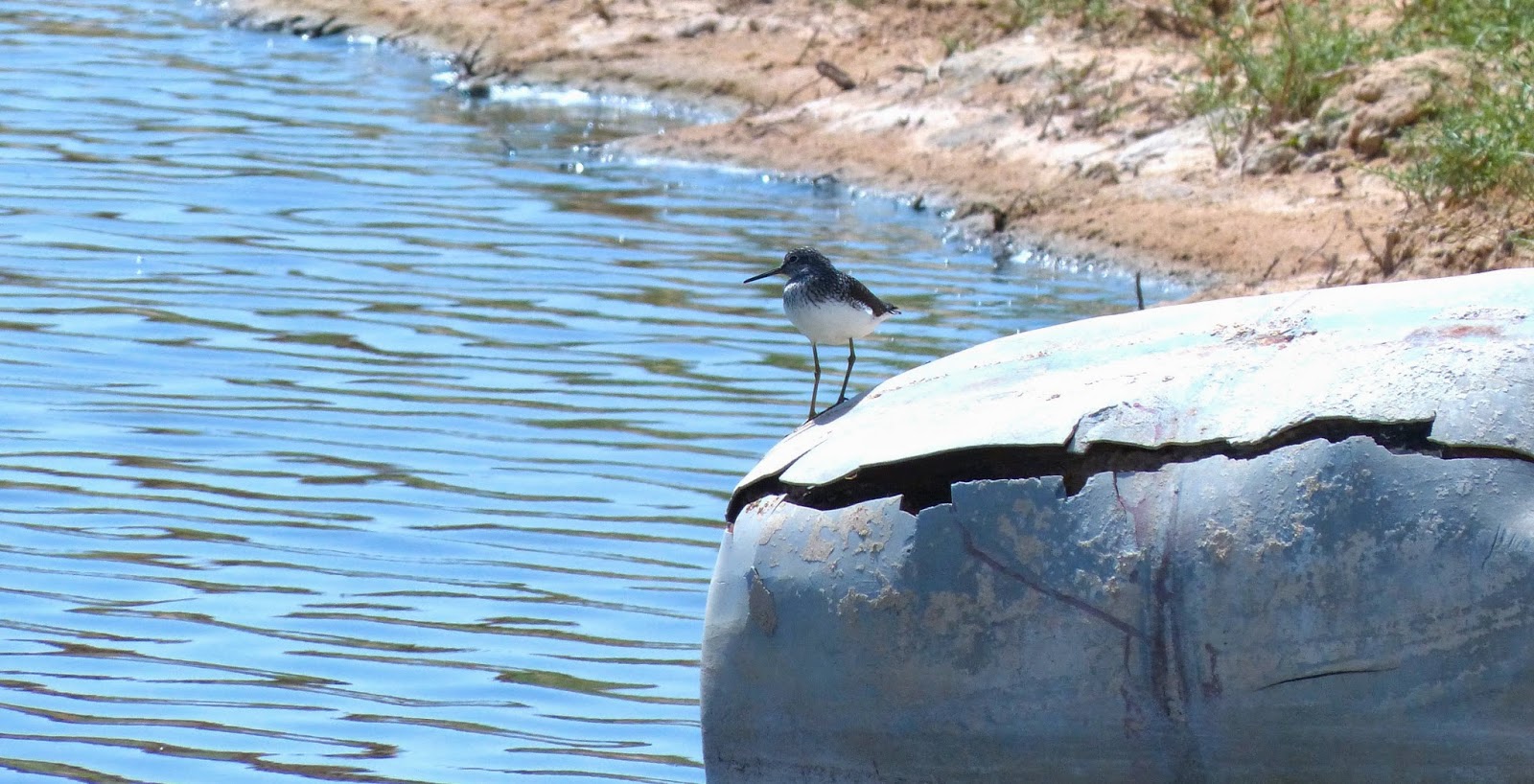 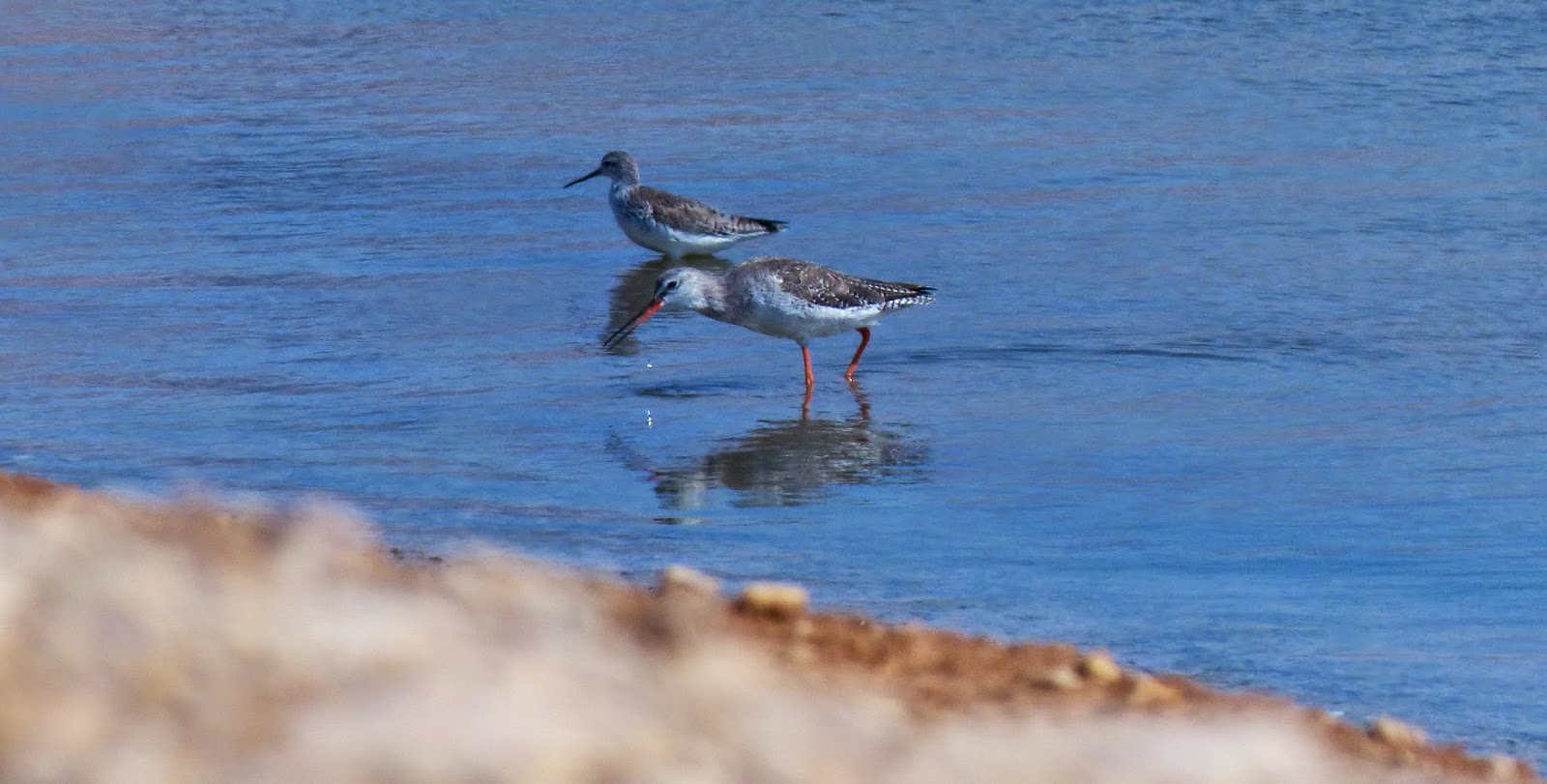 Spotted Redshank with a Marsh Sandpiper 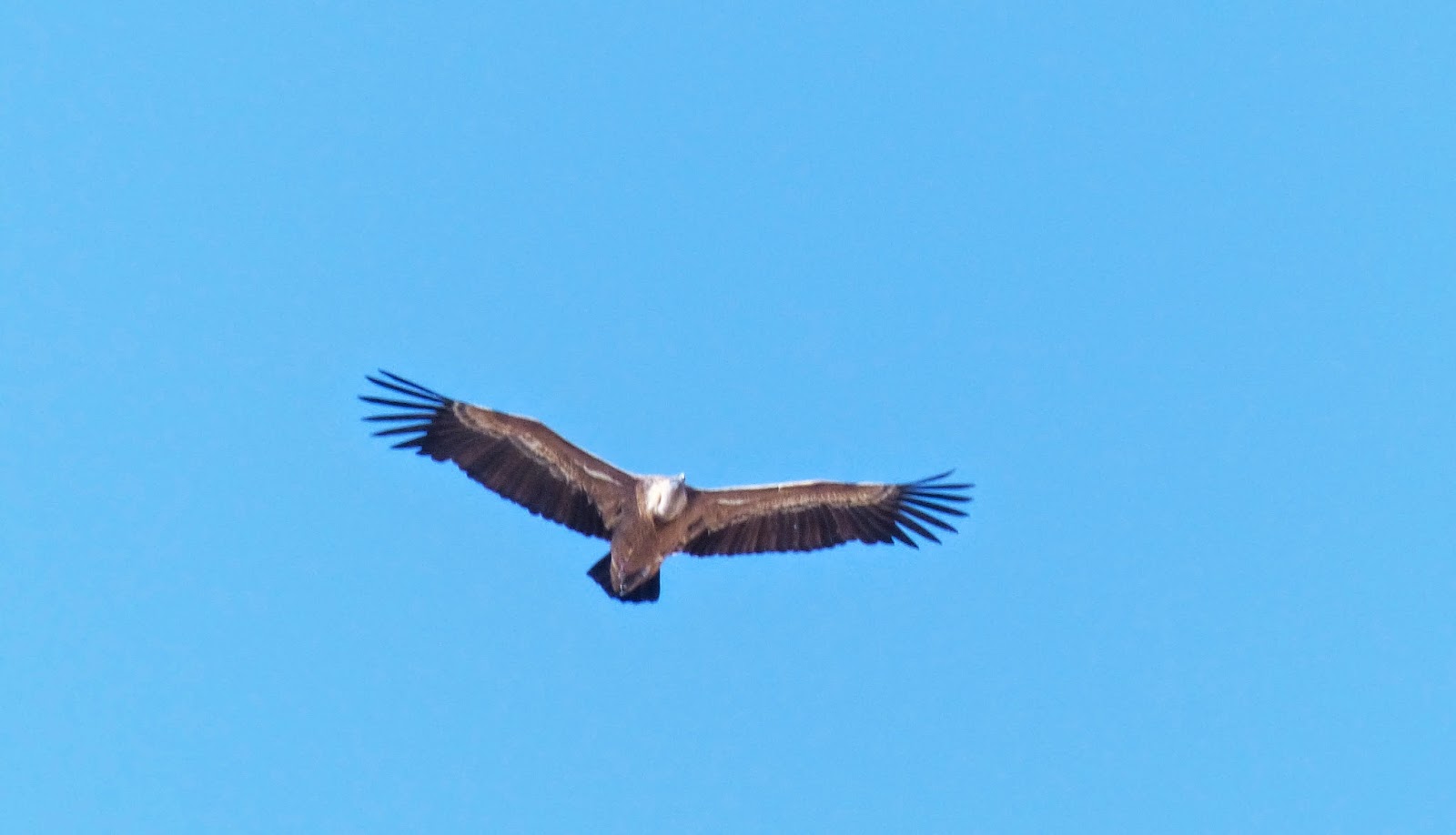 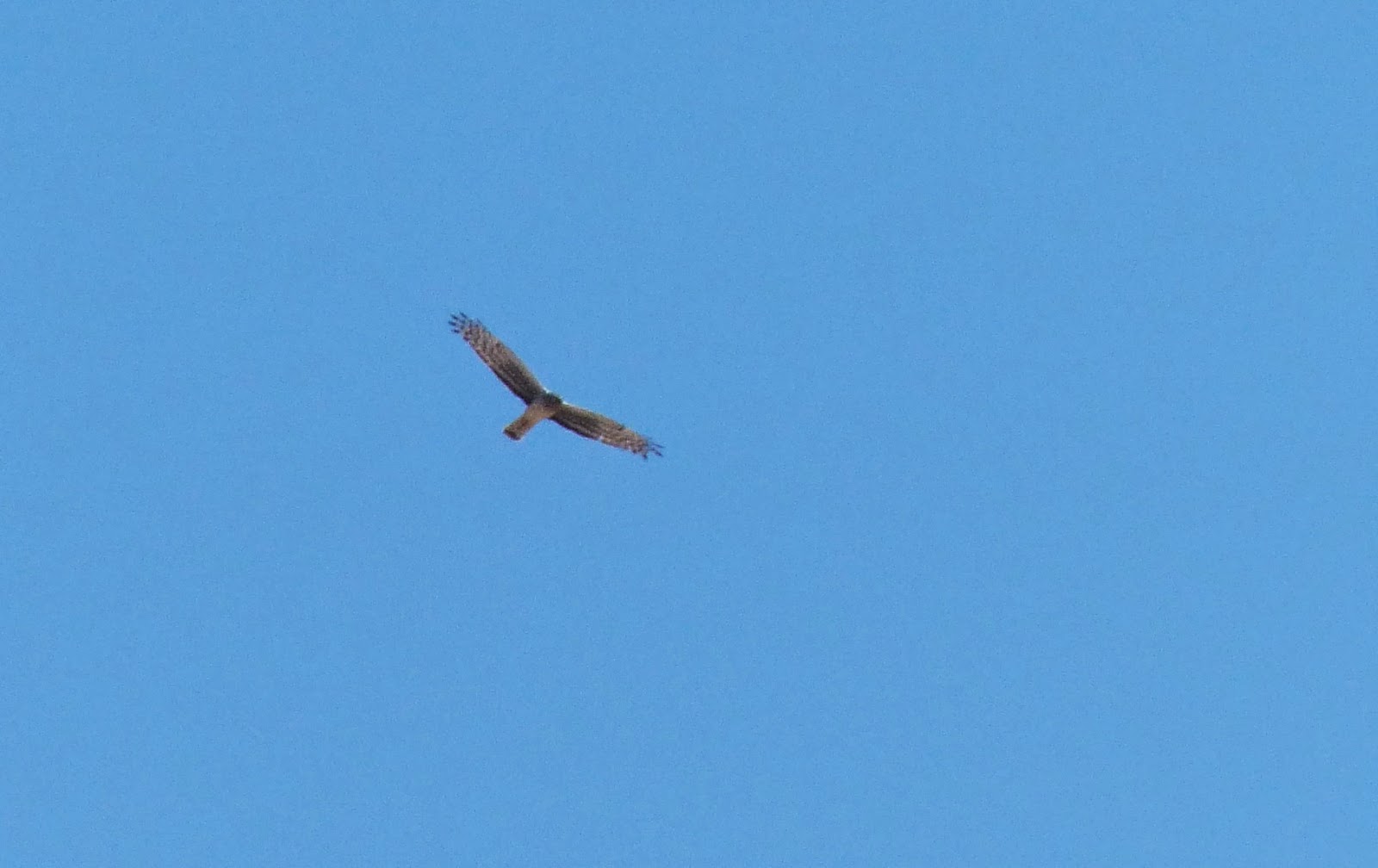 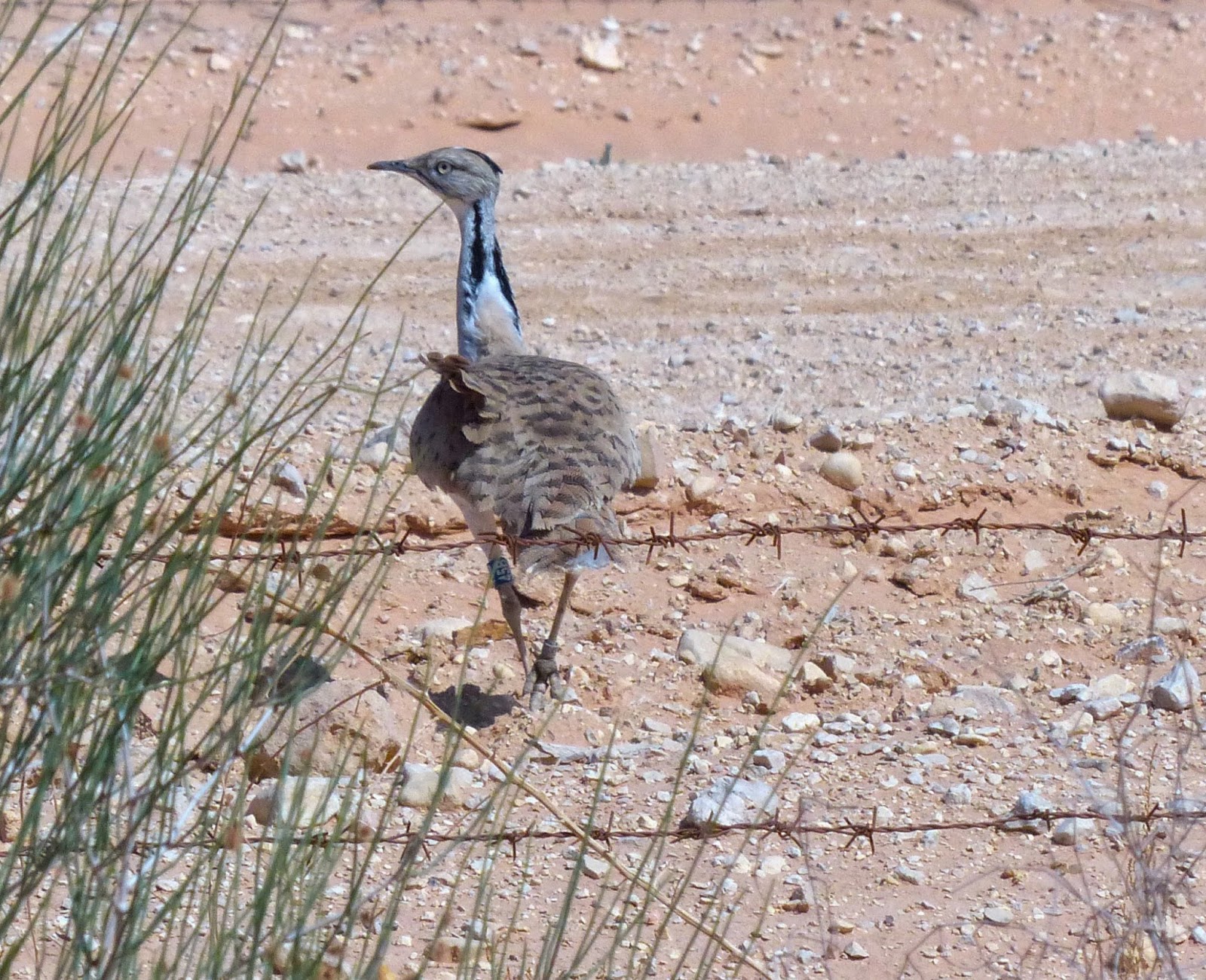 A colour-ringed Houbara Bustard of unknown provenance
Posted by The Urban Birder at 16:11 No comments: